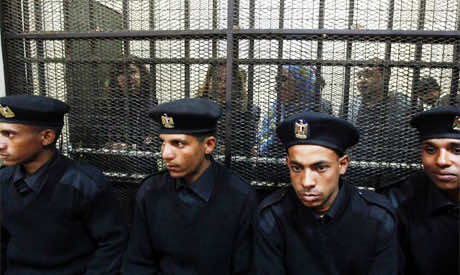 A Cairo court on Tuesday sentenced 43 Egyptian and foreign NGO workers to jail terms ranging from one to five years for working illegally, causing outrage abroad and raising fears for the future of civil society work in Egypt.

The sentences follow trials which came in the wake of raids in 2011 on the offices of foreign NGOs, many which had operated without licences under ousted president Hosni Mubarak but which the new authorities deemed were receiving funds illicitly.

Five defendants who were present in the country, including one American, were sentenced to two years behind bars and ordered to pay a fine of 1,000 Egyptian pounds (around $143.)

The remaining 11 defendants were each given one-year suspended sentences, an AFP reporter in court said.

The court also ordered the permanent closure of the branches of the NGOs where the staffers worked.

These include US-based NGOs Freedom House, the International Republican Institute and the National Democratic Institute, as well as the German Konrad Adenauer Foundation.

The defendants, who were charged with receiving illicit foreign funds and operating without a licence, have said they will appeal the sentences.

The verdict caused an outcry abroad, with Germany expressing anger.

“We are outraged and deeply concerned over the stiff judgements against staff of the Konrad Adenauer Stiftung in Cairo and the ordered closure of the office,” said German Foreign Minister Guido Westerwelle in a written statement.

“The action by the Egyptian justice is alarming. It weakens civil society as an important pillar of democracy in a new democratic Egypt,” he said.

“Freedom House condemns in the strongest possible terms the conviction of 43 NGO workers… after a government-led witch-hunt intended to strangle civil society activity and limit free expression in post-revolutionary Egypt,” it said.

“This whole case was a disgrace from the very beginning, and the verdict makes a mockery of the Egyptian judicial process,” said David J. Kramer, president of Freedom House.

Last year’s crackdown on foreign NGOs led to a crisis in relations between Egypt and Washington, which Cairo had tried to defuse by allowing some of the NGO activists to leave the country, including Sam LaHood, the son of US transport secretary Ray LaHood.

Until then, Washington had hinted that putting the activists on trial could jeopardise its more than one billion dollars in annual aid to Egypt, much of it to the military.

The verdict comes as Egypt debates a new law regulating NGOs that has been fiercely criticised by civil society groups.

“Today’s Egypt NGO verdict– an unjust verdict based on an unjust law, and the new draft NGO law would not produce a different outcome,” said Sarah Leah Whitson, executive director for the Middle East and North African Division of Human Rights Watch.

President Mohamed Morsi, who referred the bill to the Islamist-dominated senate last week, pledged that he “does not aspire to control civil society,” in a departure from Mubarak’s strongman tactics.

He has insisted that he must reform a corrupt inherited bureaucracy and instil transparency.

His aides say that the NGO bill was drafted in that spirit.

But many NGOs, already wary of the Islamist president, say it is an attempt to assert control over the foreign funding of projects such as human rights advocacy.

The draft law would “curb the right to freedom of association through legal restrictions even more severe than those imposed by the Mubarak regime,” said a statement signed by 40 NGOs.

Western powers such as the United States, a major funder of NGOs in Egypt, are closely monitoring the issue.

In a statement, the US State Department said it was “concerned” by the civil society draft law which “imposes significant government controls and restrictions on the activities and funding of civic groups”.

EU Foreign Policy chief Catherine Ashton said she “fears that the draft law still contains elements that can unnecessarily constrain the work of NGOs in Egypt and hinder our capacity as a foreign donor to support their work.”

“The draft law has to be in line with international standards and obligations of Egypt,” she said. 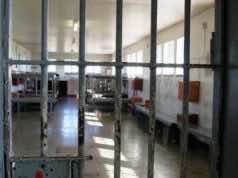 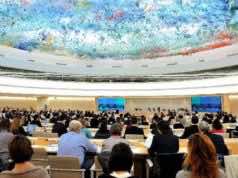