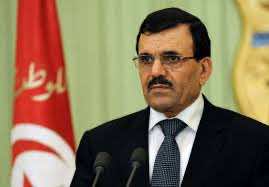 The Tunisian presidency on Tuesday criticised as “unacceptable” Washington’s condemnation of lenient sentences given last week to 20 assailants of the US embassy in Tunis, contradicting earlier comments by the justice minister.

“The (US) comments are out of place, both from the political point of view and from the point of view of our relations with the United States,” presidency spokesman Adnene Manser told private radio station Kalima.

“It is unacceptable,” he added.  A court in Tunis on May 28 gave 20 people two-year suspended prison sentences for taking part in the attack on the embassy last September, in which four of the assailants were killed and dozens wounded.

The Tunisian government has blamed the violence on the radical Salafist movement.

The embassy sharply criticised last week’s verdict, which it said it was “deeply troubled” by, and accused the government of failing to demonstrate its opposition to the use of violence.

“Through its actions, the government of Tunisia must… demonstrate that there is no tolerance for those that encourage and use violence to meet their objectives. The May 28 decision fails in this regard,” it said.

Tuesday’s comments by the presidency, which only has limited powers, were out of step with remarks by Justice Minister Nadhir Ben Ammou, who said he sympathised with the US response to the “lenient” sentences.

“We understand the reaction of the United States given that they were the injured party, that the damage was huge and that the sentences were lenient,” Ben Ammou said.

The public prosecutor’s office had lodged an appeal, he added.

A wave of violence erupted across the Muslim world in September, when an American-made film mocking Islam was published on the Internet.

In Tunis, hundreds of angry Islamist protesters stormed the US embassy and torched a neighbouring American school, as the police spent hours trying to bring the situation under control.