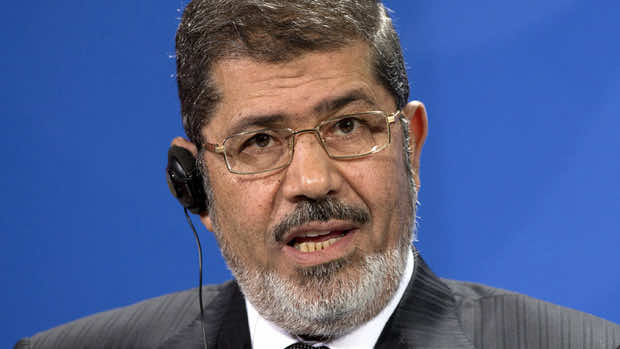 An aide to Egyptian President Mohamed Morsi has apologised after she failed to inform politicians holding talks with the president that they were live on air, allowing viewers to watch them cook up plans to sabotage a dam in Ethiopia.

“Due to the importance of the topic it was decided at the last minute to air the meeting live. I forgot to inform the participants about the changes,” presidential aide for political affairs Pakinam El-Sharkawi said.

“I apologise for any embarrassment caused to the political leaders,” she said on Twitter.

The talks, chaired by Morsi, revolved around a report of a tripartite Egypt-Sudan-Ethiopia commission on Ethiopia’s decision to divert the Blue Nilefor a massive dam project, sparking fears of a major impact on downstream states Egypt and Sudan.

Seated around a large table, the politicians thinking this was a closed meeting began to suggest ideas for ways to stop the dam project.

Ayman Nour, head of the liberal Ghad Party, suggested spreading rumours that Egypt was buying military planes in order to put “pressure” on Ethiopia, he said.

He also suggested Cairo send political, intelligence and military teams to Addis Ababa because “we need to intervene in their domestic affairs.”

He slammed Sudan’s stance as “disgusting” for not standing by Egypt in stronger terms.

Yunis Makhyun, who heads the conservative Islamist Nur Party, said the dam constituted a “strategic danger for Egypt”, requiring Cairo to support Ethiopian rebels “which would put pressure on the Ethiopian government.”

The meeting, a huge embarrassment both for the presidency and the opposition members who attended, caused a storm of ridicule and anger in the media and prompted even those who didn’t attend to apologise on behalf of Egyptians.

“Sincere apologies to the people and governments of Ethiopia & Sudan for the irresponsible utterances at the president’s “national dialogue”,” wrote leading dissident and former UN nuclear watchdog chief Mohamed ElBaradei on Twitter.

“A scandal in front of the world,” read the headline of the independent daily Al-Tahrir.

Popular talk show host Reem Magued, who aired parts of the meeting on her show, said: “It’s true that we asked for transparency from the government but not like this, not to the point of scandal.”

In Addis Ababa, Minister for Water and Energy, Alemayehu Tegenu, said he had not heard about the incident, but insisted that Ethiopia’s relationship with Egypt remained “healthy.”

“I believe that our relationship will continue in a very healthy way,” Alemayehu  told AFP.

“We don’t believe in military intervention for such peaceful Ethiopian efforts to overcome poverty.”

He insisted that water levels would not be affected by the construction of the dam: “Why diversion is a headache for some groups, I am not clear about.

Any layman can understand what river diversion means.”

Alemayehu insisted Ethiopia is committed to sharing Nile resources with the region.