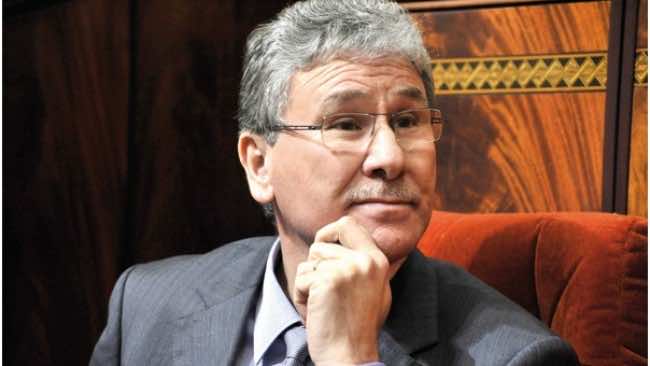 Berber activists on Tuesday hailed a Moroccan minister’s decision to speak Amazigh in parliament, saying it was the first time their indigenous tongue which is recognised as an official language in the new constitution has been used there.

During a routine session in Morocco’s lower house on Monday, Health Minister Hossein El Ouardi was questioned in Amazigh by an opposition MP about the “inadequate health infrastructure” in the Berber-speaking northern region of Hoceima.

The speaker asked the minister if he intended to reply in Amazigh or Arabic, the language normally spoken in parliament.

“I will visit Al-Hoceima soon and I will call you to go and see what’s going on there and to resolve the problem,” Ouardi replied in Tarifit, an Amazigh dialect spoken in the Rif region where he comes from.

The initiative was applauded by MPs, and his response was translated into Arabic for the non-Berber speakers, with a video of the session posted online by Moroccan media.

“It’s a first in the history of (Morocco’s) parliament,” a Berber activist told AFP.

The new constitution, introduced by King Mohammed VI in 2011 in response to Arab Spring protests and overwhelmingly approved in a referendum, recognised Amazigh as “an official language of the state,” alongside Arabic.

It was the first time a north African country granted official status to the region’s indigenous language.

But like many articles in the new constitution, parliament has to yet to pass “organic” legislation that would ensure it can be used as such, despite promises by the prime minister to make that a priority.

There are three main Amazigh dialects spoken in Morocco, namely Tarifit in the north, Tamazight in the centre of the country and Tachelhit, or Chleuh, in the south.

The Berbers have been in Morocco since pre-Islamic times and make up more than half of the country’s population.