Morocco World News
Home News Morocco Why did the CGEM boycott the joint meeting between Moroccan and Turkish... 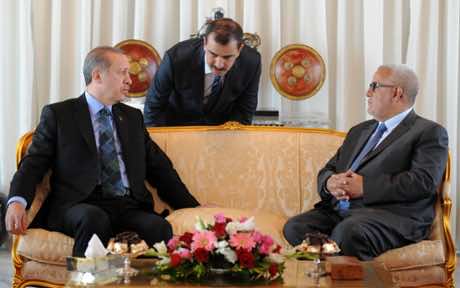 At a time when Morocco is in dire need of benefiting from successful economic experiences such as the Turkish experience which many commentators describe as a “miracle”, the Moroccan Employers’ Federation known as Patronat or CGEM decided to boycott the meeting which took place Monday, June 3rd in Rabat between Moroccan officials and businessmen and the Turkish delegation. The decision taken by the CGEM was conceived by many followers as “incomprehensible” and “embarrassing.”

In a statement explaining the reasons of its decision, the CGEM claims that it was not involved in the preparations for the joint meeting between the Turkish businessmen and their Moroccan counterparts and was not notified of the meeting until three days before the meeting took place; a fact which was understood as a marginalization of the role of the CGEM in the national economic fabric. However, this justification didn’t convince many people who thought the boycott is only a part of the many plots against the PJD-led government.

In a statement to Lakom news outlet, Abdennaser Al-Ottmani, a Moroccan businessman from Settat, sees that the attitude of the CGEM is “irresponsible and does not serve the interests of Morocco.” Strongly denying the justification provided by the CGEM, he stresses that it was a “political decision against the government dictated to the CGEM from outside the office of Miriam Ben Salih.”

According to Lakome, a senior official, who asked to speak on the condition of anonymity, expressed the same attitude and referred to the decision of the CGEM as something “dictated from outside,” pointing out that what happened, in fact, is the manifestation of a serious clash between political circles; one wants to drug business and all business relationships to the pole of France and the other wants to cut with the classic partners and open to all international experiences, especially successful experiences such as the Turkish one.

In his speech at the Arab Maghreb Press Agency (MAP) Forum on Tuesday, June 4th, Mr. Abedelkbir Benaatik, the Secretary General of the Labor Party, revealed that the main reason behind the CGEM’s boycott of the joint meeting of Moroccan and Turkish businessmen is the “spirit of hegemony and domination characterizing the PJD party.”

Benaatik went further to say that the PJD has “already maneuvered and fostered a workers’ federation called Amal (hopes) close to it ideologically to replace the CGEM and take firm control of Moroccan economy.”

On the other hand, Morocco’s Prime Minister was very diplomatic when he excused the CGEM for its boycott of the meeting when he said that the decision taken by the latter was “sound.”

According to Mr. Benkirane, it was necessary to involve the CGEM in the preparations for the meeting with the Turkish businessmen. He also praised the CGEM, regarding it as the main partner of the government.