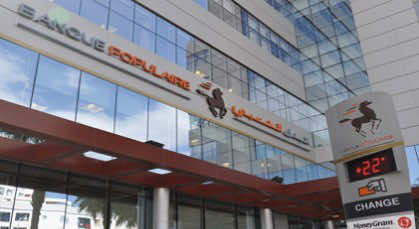 The Moroccan “Banque Populaire” (BP) was named best retail bank in Africa at the 7th edition of the African Banker Awards held in Marrakech, held on the sidelines of the annual meeting of the African Development Bank (ADB).

This award recognizes the bank that offered the best retail services to African consumers, recorded a remarkable financial performance, introduced innovative practices in the banking sector and expanded its retail services to a wide network of consumers.

“These are the criteria that Banque Populaire has particularly exemplified, and which have allowed it to gain more than 530,000 new customers in 2012, bringing its portfolio to 4.2 million customers,” said Banque Populaire in a press release.

Banque Populaire is actively deploying its expertise in sub-Saharan Africa since 2012, following its takeover of Banque Atlantique.

BP had already received the prize of the “Best Bank in Financial Inclusion in Africa”, awarded by the same organizers at a ceremony held last year in Arusha, Tanzania.