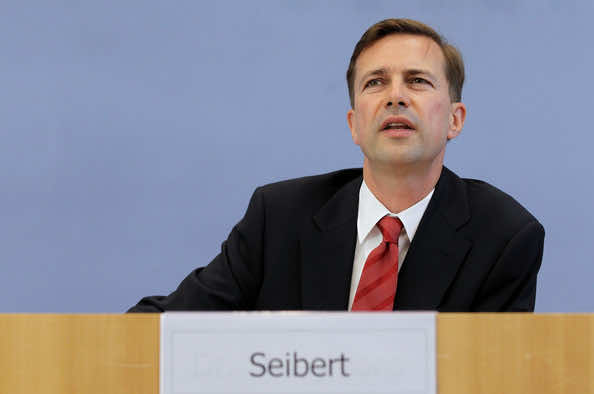 Germany criticized as “unacceptable” Wednesday an Egyptian court’s sentencing of two staff members of a German non-governmental organization and said the ruling was a “strain” on bilateral relations.

Chancellor Angela Merkel had taken note of them “with great dismay”, he told a regular government news conference.

He said the German government had discussed the sentencing in absentia of the two personnel from the Konrad Adenauer Foundation, which has close ties to Merkel’s conservative Christian Democratic Union, at its weekly meeting Wednesday.

“It is quite clearly a strain for the bilateral relationship between Germany and Egypt,” Seibert told reporters, describing the verdict as “completely unacceptable.”

Like other German NGOs, the Konrad Adenauer Foundation promotes principles of democracy, pluralism, the rule of law and human rights, Seibert said. “It did nothing more and nothing less,” he added.

The Cairo court sentenced 43 Egyptian and foreign NGO staff Tuesday to jail terms of up to five years for working illegally, sparking international outrage and raising fears for the future of civil society.

The court also ordered the permanent closure of the branches of the NGOs, which also included US-based organizations, where the staffers worked.

US Secretary of State John Kerry denounced the verdict, while Germany said Tuesday it had summoned Egypt’s charge d’affaires in Berlin to express its “serious concern” over the matter.

The two German staff are the former director Andreas Jacobs and a German woman who is no longer in Egypt and who the German foreign ministry declined to identify to AFP.