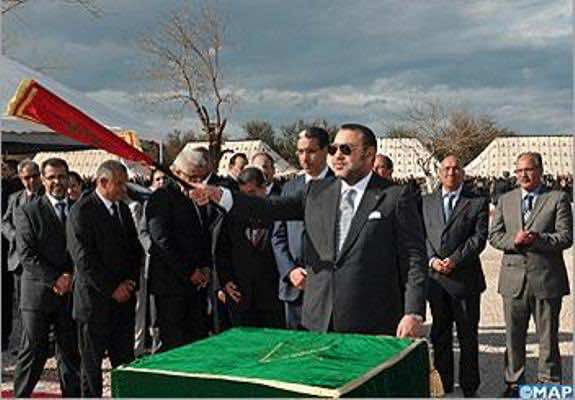 Morocco, an important and stable country in the region, has launched democratic reforms before the outbreak of the Arab Spring, said, Wednesday in Rabat, Richard Ottaway, chair of the Foreign Affairs Committee at the UK parliament.

“Morocco, an important and stable country, has addressed the issues of democracy and the full participation of its people before the Arab Spring,” Ottaway said at a press briefing after a meeting with Moroccan minister delegate for foreign affairs, Youssef Amrani.

The UK deputy praised Morocco’s important role in the Sahel-saharan region thanks to the leadership of HM king Mohammed VI.

Amrani, for his part, said he had discussed with the UK official the ambitious reform process and the openness, modenisation and good governance policy initiated under the leadership of HM the king.

He expressed the Kingdom’s willingness to develop economic cooperation with the UK.

On the Moroccan Sahara issue, the minister delegate said that the resolution 2099 reaffirms the primacy of the Moroccan autonomy initiative, recognises Morocco’s efforts to promote and protect human rights and reiterates the UN Security Council’s call for a census of the population in the Tindouf camps.

He recalled that the resolution deems that the status quo is inacceptable and insists on the need for an urgent settlement of this regional conflict, given the security situation in the Sahel-Saharan region.

As regards Maghreb integration, Amrani stressed the importance of the building of the Arab Maghreb Union, recalling that HM king Mohammed VI had called for a new Maghreb order to fulfill the aspirations of the peoples of the region.