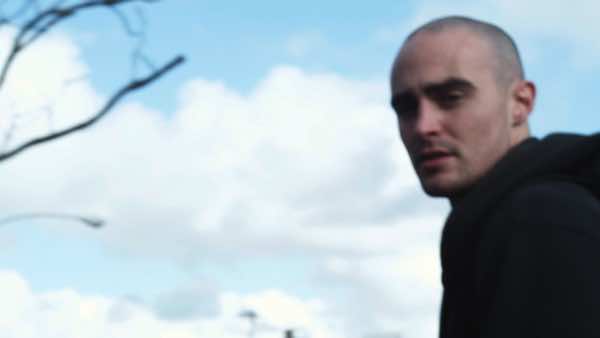 Yasmina Mrabet, Connection Point Director of Peace For Peace, interviewed Moroccan-American Media Producer Zeen Rachidi, a member of the team that created Legend of the Cipher, the first hip hop card game.  Zeen shares his perspective on how women are portrayed in the gaming and hip hop industries, and how this card game provides a platform for dialogue and social change.

Can you share with us a little about your personal background, and the inspiration behind the new card game ‘Legend of the Cipher’?

I hesitate to call Legend of the Cipher something that was inspired. Rather, it was recognized that a card game about hip hop is something that should exist, but didn’t. If I had to pin it down to any one thing, I guess you could say Legend of the Cipher was inspired by its absence. Credit for noticing the omission goes to Benjamin Sanchez, who brought it to the attention of Todd Anderson and Gary Butler. Ben was able to bring together Todd’s deep knowledge of hip hop culture and lyrical skill, and Gary’s years of experience with card games, to create the first version of the game. With this alpha prototype in hand, they started testing the waters, to see what the response would be to this unprecedented creation. The game was received with great enthusiasm, and it was at this point that I joined the team.

I was brought on to lend my technical and aesthetic abilities to the development process. Another year of refinement gave us the second iteration, which we premiered at PAX East 2012. It was at PAX that we found the last piece of the puzzle: Seth Brown. We could not have found a better representative of our target demographic than Seth. An avid table-top gamer and incredible free-style rapper, his experience and insight were instrumental in helping us fully realize our goal: creating a card game that teaches and develops not only the art of spoken word, but also the importance of business savvy in achieving artistic and financial independence.

We have observed consistent objectification and sexualization of women in games, and the perpetuation of gendered stereotypes – similar to what we’ve seen in the hip hop industry. This game combines the two! So, as a male (or do you prefer “man”?) who is a part of the gaming industry, can you share your perspective on how women are portrayed in games? How are women represented in ‘Legend of the Cipher’?

I’m embarrassed at how women are portrayed in games. The gratuitous over-sexualization, the tediously overused damsel-in-distress trope, the tragic scarcity of strong female characters (playable and non-playable): all of these conventions instill insidious expectations and preconceptions in the minds of both genders. They tell girls that their sole purpose in any story is either to be a helpless prize to be fought over, or to die so that the protagonist will be suitably motivated to embark on his story arc. It teaches boys that girls are pretty, interchangeable baubles to be chased after, won, and discarded, or that they’re helpless idiots who need a man to rescue them from whatever trouble they were too weak to get themselves out of. To be fair, most art forms (books, music, movies, etc.) still suffer from similar gender-centric bias, but because they’re more established, women have had more time to break in and make their influence felt. I think the most effective way to compensate for this patriarchal bias is to work to dismantle whatever barriers prevent more female voices being heard in these boys’ clubs.

Hip hop’s record, no pun intended, is little better. The fact that our invention aims to bridge the worlds of hip hop and gaming means that we have a great deal of intrinsic misogyny to weed out. We’re trying to do this in two ways: First, our game doesn’t feature any lyrics or imagery that objectifies or degrades women. There are not as many female rappers in our game as I would like (we are working on all-female emcee expansions); but, unfortunately, that is simply the current male-dominated state of hip hop. Second, we’re doing everything we can to attract female rappers and gamers and make our community one where both feel welcome. I am adamant that we have a strong and established female presence, so that our game doesn’t devolve into a male-dominated sub-culture that women have to work to infiltrate, later on. However, ultimately, if we want the games we make to instill healthier, more constructive, more inclusive standards of femininity, and better convey the female perspective, we need more girls and women playing and making them.

As a peacebuilding organization, we are always interested in different approaches to dialogue, and we find the idea of using games especially interesting. Do you feel that ‘Legend of the Cipher’ can be used to create a space for social change? In what ways?

Legend of the Cipher aims to build intercultural connections by creating a forum where people from all over the world can develop and showcase the beauty of their native tongues. Hip hop is one of the world’s most prolific art forms. I am continuously amazed at how many languages people are rapping in, and I’m certain that number grows daily. What our game does is create a space where players from almost any cultural or linguistic background can sit around a table, recite lines of their favorite poetry, and build careers; becoming moguls of their own personal musical empires, all while mastering the art of verbal communication. Legend of the Cipher teaches players how to rap, and provides a framework where players can evolve the skills necessary for improvisational poetry, i.e., freestyle rap. Since rap is just a synonym for converse, in a sense, our game is literally, teaching and helping players develop the art of conversation and self-expression.

I would assert that a fairly unambiguous measure of linguistic mastery is the ability to express oneself poetically. To quote an infamous philosopher “We think in language. The quality of our thoughts and ideas can only be as good as the quality of our language.”  So, by mastering language, you are not only developing confidence in your voice and a capacity for dialogue and sharing perspective, but also feeding your imagination the raw materials it needs to paint whole new mental vistas. I think the impact that more eloquent and open-minded communicators will have on the shape and rate of social change will be substantial.

Finally, where can we get this game?

If you’d like to buy the game, we have an online store that ships internationally. If you would rather try it before you purchase, head over to www.legendofthecipher.com; we’ve got a full version of the game in PDF format that you can print, cut, and play. To save ink, the PDF version is black & white and doesn’t have any of the card art.