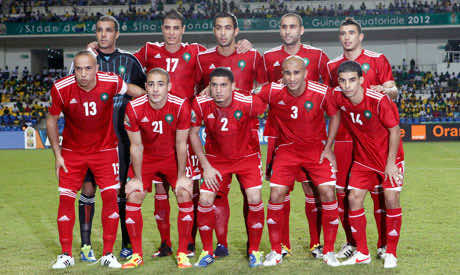 Morocco’s football team moved down 3 positions in the FIFA world ranking, standing at the 77th rank with 463 points.

At the African level, the Moroccan team now stands in the 18th position in a ranking which is still dominated by the Ivorian selection (13th), followed by Ghana (21st) and Mali (23rd).

The top four on the FIFA world ranking remain unchanged, with Spain retaining a comfortable lead over Germany, Argentina and Croatia.

Behind the leading pack, however, there has been significant movement in the top ten. The Netherlands, who didn’t play last month, have benefited from the devaluation of older matches and moved up to fifth at the expense of Portugal (6th, down 1), Colombia (7th, down 1) and England (9th, down 2).

Meanwhile, in the top 20, Belgium (12th, up 3) and Bosnia-Herzegovina (15th, up 6) have reached their highest-ever position since the introduction of the FIFA world ranking. Belgium’s leap is thanks to a 4-2 win away to USA (28th, up 1) at the end of May, while Bosnia-Herzegovina’s unbeaten run now stretches back over a year and comprises eight matches.

Two other teams have also achieved their highest-ever position: Mali (23rd, up 3) and Albania (38th, up 5).

The upcoming FIFA Confederations Cup and the latest round of qualifiers for the 2014 FIFA World Cup Brazil will ensure plenty of movement in the next edition of the FIFA Ranking. After almost two years of playing only friendlies, Brazil is finally playing competitive football again and will therefore have a chance of making progress.

The results of 30 friendlies up to 2 June have been taken into account for the current edition of the FIFA Ranking, with the results of the FIFA World Cup qualification matches on 4 June to be included in the next edition.