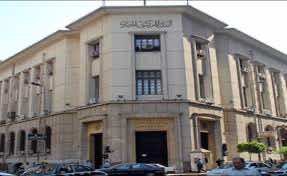 Egypt’s foreign currency reserves rose by 1.6 billion, or 11 percent, in May to reach $16 billion, the Central Bank of Egypt said on Thursday.

The increase in the reserves for a second consecutive month has seen the figure at last edge above what authorities in the economically battered country have called the “critical minimum” of $15 billion — just enough to cover three months of imports.

They stood at $14.42 billion in April and $13.42 billion at the end of March.
The Central Bank did not explain the May jump in reserves.

Qatar had announced in April it would buy $3 billion worth of bonds from Egypt to support its economy.

Negotiations over a crucial $4.8-billion loan from the International Monetary Fund are stalled pending economic reforms by the government.

Egypt’s reserves have dropped from $36 billion since a popular uprising overthrew president Hosni Mubarak in 2011. The country has been gripped ever since by political instability and economic decline.