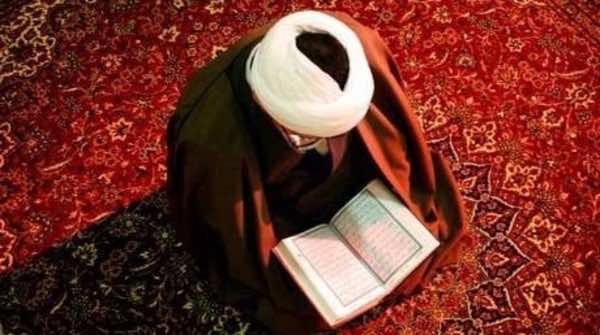 Thursday marks al-Israa wa al-Mi’raj, a Muslim holiday that celebrates the Prophet Mohammad’s overnight journey from Mecca to Jerusalem, from where he ascended to heaven, according to Islamic tradition.

The story of this journey is derived from the Quran, the holy book of Islam, and hadiths, or sayings of the prophet recorded by his contemporaries.

The journey of al-Israa

Chapter 17 of the Quran, or Surat al-Israa, refers to his journey to Jerusalem.

It took place with the appearance of Angel Jibril (Gabriel) in Mecca, who gave the prophet a winged “white animal bigger than a donkey and smaller than a mule,” according to the hadiths recited by Dr Mohammad Alkobaisi, grand mufti in Dubai’s Ministry of Islamic Affairs, and presenter of the TV show “Understanding Islam.”

The prophet travelled on the animal, al-Buraq, 1,200 kilometers to the “furthest mosque,” Masjid al-Aqsa in Jerusalem.

The site is significant as it was the first qiblah, or direction, for Muslims’ daily prayers before they were told to face Mecca, a move that happened years after the prophet’s ascension, according to Islamic tradition.

Known in Arabic as al-Quds or Bait al-Maqdis, Jerusalem holds significance as “the original place of the prophets and messengers from the time of Ibrahim [Abraham],” Alkobaisi told Al Arabiya English.

In Jerusalem, Mohammad offered prayer and, according to Islamic scripture, was presented with two drinks, milk and wine, and asked to pick one.

Upon selecting the former, Jibril told the prophet, “you have chosen the fitrah [natural instinct of goodness],” said Alkobaisi.

The prophet then began the second leg of his spiritual journey, known as al-Mi’raj, or “the ladder.”

It is a reference to his ascension to heaven, noted in chapter 53 of the Quran, Surah al-Najm (the star).

The hadiths tell the story of the prophet’s ascent through the seven heavens, and his encounters with previous prophets, including Jesus and Moses, known in Arabic as Isa and Musa respectively.

For Muslims, the events of al-Israa wa al-Mi’raj are linked with their most important religious obligation: the salaat, or obligatory daily prayers, as this worship was ordained by God during this journey.

According to the hadiths, as narrated by Alkobaisi, the prophet said of God: “He enjoined on me 50 prayers every day and night.”

The prophet then traveled down the heavens until he reached Moses, who requested Mohammad to “go back to your Lord and ask Him to reduce [the burden] for your nation.”

Mohammad returned to God, who reduced the obligatory prayers by five.

After requesting that God reduce the number of daily prayers several more times, it was ordained that Muslims pray five times a day, a tradition that is observed to this day.

The event is considered a crucial point in the life of the prophet, but there is debate over its commemoration.

“The truth is, there are no specific [methods of] worship entailed for this day, and there’s no authentic proof of such things in Islamic sources,” Alkobaisi said.

Despite this, some scholars say special supplications exist, said Faraj.

Also, according to Alkobaisi, “scholars differ regarding the exact day of this journey, because at that time the Arabs didn’t have any type of calendar with them, and they used to refer to occasions, not to dates.”

However, it is generally accepted that “the journey happened in the 27th of Rajab,” which this year aligns with June 6, Alkobaisi added.