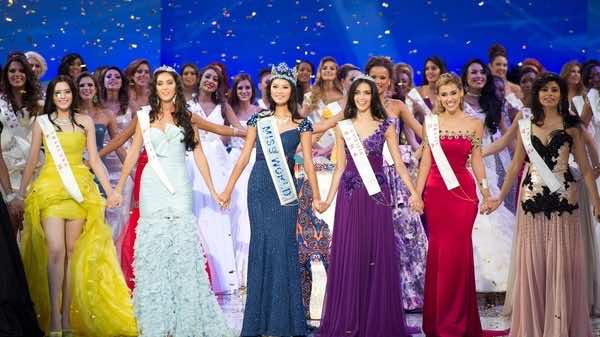 The Hizb ut-Tahrir group slammed the show as like “selling women’s bodies” and threatened to hold demonstrations against it, while a group in the province where the final is due to take place also voiced strong opposition.

More than 130 women will compete in the September event, with some rounds on the resort island of Bali and the final in Bogor outside Jakarta. Bogor is in West Java province, parts of which are considered a stronghold for radicals.

Organizers confirmed on Wednesday the contestants would not wear bikinis during the beach fashion section, to be held in Bali, and would instead wear more conservative attire such as traditional sarongs.

However, the concession was not enough for hardline groups in Indonesia, where some 90 percent of the 240 million population are Muslims.

“Supporting this event is the same as supporting the selling of women’s bodies,” said Ismail Yusanto, spokesman for Hizb ut-Tahrir Indonesia, who also warned the group may organize protests.

“Women are lowering themselves by allowing themselves to be turned into objects, to be stared at and have their bodies measured.”

Hardline group the Islam Reformist Movement (Garis), which is affiliated with prominent radicals the Islamic Defenders Front, also said the bikini ban was not enough.

“They will still wear outfits that will encourage sex and immoral acts,” said Chep Hernawan, the head of Garis which has its base in West Java province.

The organizers have insisted the decision not to have bikinis was taken when the deal was struck last year to host the show, and not after pressure from radicals.

Vocal protesters have succeeded in getting events cancelled in the past in Indonesia.

Last year, pop sensation Lady Gaga axed a concert after hardliners threatened to burn down the venue and criticized her for wearing only “a bra and panties”.

Most Indonesians practice a moderate form of Islam.

Rights group the National Commission on Violence Against Women urged people to take a more measured view of Miss World.

People should consider whether “the contest really looks at the women as humans and judges them based on their talents”, said Andi Yentriyani, a commissioner with the group.