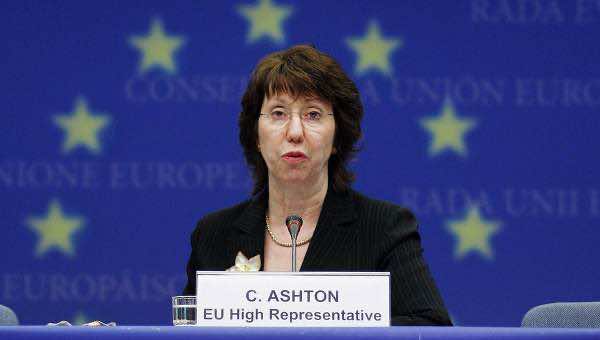 Morocco is a key partner in the EU neighborhood, as recognized by its Advanced Status, High Representative of the European Union for Foreign Affairs and Security Policy Catherine Ashton said.

In statement to the press following her meeting, Thursday in Brussels, with foreign minister Saad Dine El Otmani, Ashton “welcomed the positive steps taken in recent months by Morocco to intensify our existing cooperation.”

She recalled mainly the agreement of an EU-Morocco Action Plan 2013-2017, the first round of negotiations for a Deep & Comprehensive Free Trade Agreement (DCFTA) and the political declaration for a Mobility Partnership, which will be signed on Friday in Luxembourg.

Ashton also commended the Moroccan Government’s commitment to an ambitious reform program. “I am following with close interest planned reforms concerning women’s issues, including a Government Plan for Equality.”

“I encourage the Moroccan Government to move swiftly towards implementation
of these and other key reforms to which it is committed, in the fields of justice, the economy and the media,” she said, noting that the EU will continue to support Morocco’s reform process through European neighborhood funding, of which Morocco is the largest recipient, and other instruments such as the European Investment Facility.

Ashton thanked Morocco for its continued constructive approach to international efforts to resolve instability in the Sahel and in Syria, including its recent contribution for development and reconstruction in Mali