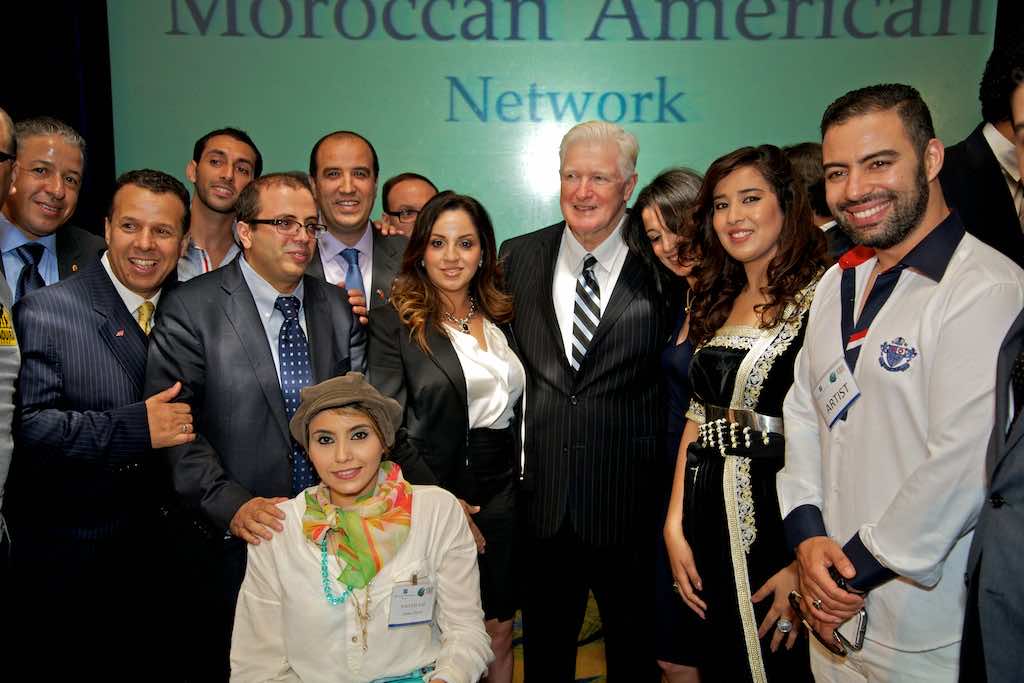 Last Friday, US and Moroccan leaders in business, politics and civil society convened just outside Washington, DC for the inaugural CEO Summit hosted by the Moroccan American Network (MAN). The Summit, moderated by Al Jazeera‘s Washington, DC bureau chief, Abderrahim Foukara, aimed to increase awareness of growing investment opportunities for US businesses in Morocco and encourage entrepreneurship among the more than 82,000 people of Moroccan descent living in the US today.

“We gathered today because strengthening the Morocco-US partnership is fundamental for Moroccan-Americans business owners who want to contribute to the US economy as well as Morocco’s, ”said MAN President Mohamed Elhajjam at the conclusion of the Summit. “The overwhelming support and attendance of the Moroccan-American community and such influential US business and political leaders during the Summit showed just how important this partnership is to both our countries.”

At the Summit, Rep. Sheila Jackson Lee (D-TX), whose Houston district is home to many Moroccan-Americans, was presented with MAN’s first “1786 Friendship Award” honoring an individual who has made extraordinary efforts to strengthen Morocco-US relations.

“I want to thank you for this remarkable and outstanding award that you have been so kind to bestow upon me. I hope that you will continue to view me as a strong friend. I want to build upon the friendship of Moroccan-Americans,” said Rep. Sheila Jackson Lee during her acceptance speech.

“I wish you many more Summits. Congratulations. Let us continue to seal the friendship between Morocco and the United States and make it a great and grand friendship, building on the outstanding Moroccan-Americans who are here in the US.”

The award was presented by Gary L. Flowers, Executive Director and CEO of the Black Leadership Forum, an alliance of over 51 national African-American civil rights and service organizations in the US, including the National Urban Movement and the National Association for Equal Opportunity in Higher Education whose representatives also attended the Summit.

Several local, state and national leaders offered greetings for the Summit and stressed the importance of strengthening Morocco-US political, economic and cultural cooperation, including Virginia gubernatorial candidates Terry McAuliffe and VA Attorney General Ken Cuccinelli, US Representative Jim Moran and US Senator Tim Kaine from VA as well as several current and former members of the VA General Assembly.

During the Summit, sponsored by a number of US and Moroccan corporations, including Royal Air Maroc, State Farm and Bank of America, and Morocco World News, investors and business leaders from across the US and Morocco presented strategies and shared experiences with Moroccan entrepreneurs to increase their business presence in the US and help US businesses better understand the benefits of investing in Morocco.