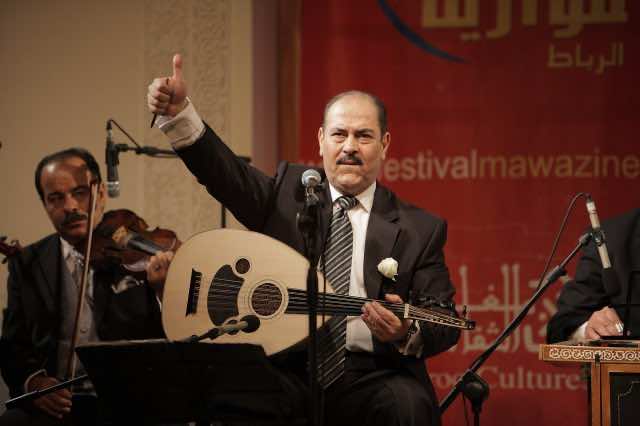 “Art will always triumph in the end,” says acclaimed Tunisian singer Lotfi Bouchnak, who composed songs for the 2011
revolution but has since seen his profession come under threat from firebrand Islamists.

“The Tunisian revolution continues,” said the singer and oud player, one of the voices of the first Arab Spring revolt which inspired an album he made in March that year.

“Art will always triumph in the end. People cannot get by without art and beauty,” he told AFP in an interview at Morocco’s Mawazine festival.

More than two years after the fall of dictator Zine El Abidine Ben Ali, Bouchnak does not hesitate to defend Tunisia’s popular uprising, despite widespread concerns about the rise of hardline Salafists that it ushered in.

Last August during the Muslim holy month of Ramadan, Salafists blocked a concert Bouchnak was due to give at a Sufi music festival in Kairouan, south of Tunis, because he was accompanied by a troupe of Shiite musicians from Iran.

In response, the Islamist-led government vowed to protect the freedom of artists, and said the violence was “alien to Tunisia, which is known for its moderation.”

Bouchnak insisted that “the Tunisian revolution is bound to succeed.” “We have no other choice but to make it succeed… The changes don’t happen in two, three or even four years,” added the singer, sometimes referred to as the Pavarotti of Tunisia, who was appointed a UN Ambassador for Peace in 2004.

Born in January 1954 in the old city of Tunis, Bouchnak was influenced from an early age by classical Arabic songs, from Egyptian legend Oum Kalthoum to Lebanon’s Fairouz, by way of other greats such as Mohamed Abdelwahab, “the
pyramid of Arab music.”

In the aftermath of the revolution, he was embroiled in an unpleasant controversy that he said “greatly affected” him.

His critics accused him of opportunistically embracing the revolution after spending years supporting the Ben Ali regime.

He had been billed to open the first edition of the Carthage International Festival after the dictator’s ouster, but the Tunisian union of musicians barred him from attending, accusing him of signing a petition calling for Ben Ali’s re-election in 2014.

Bouchnak strongly rejects the charge, insisting his name was put on the list without his consent. Two years after the incident, he continues to define himself as a “conscientious artist.” “The artist is either conscientious or he doesn’t exist. Each one of us must assume his share of responsibility, wherever he is, so that the Tunisian revolution achieves its objectives,” he said.

“My message has always been the same: remember the past to not forget, and give people reasons for hope in life, today and tomorrow.” While some say the quality of his work has deteriorated, Bouchnak is still hailed as a major figure in Arab music, especially in the Maghreb where he appears regularly.

Last weekend, on the closing night of the Mawazine festival that organisers say attracted a record 2.5 million spectators this year, he performed with celebrity Moroccan singer Abdelwahab Doukkali.

On stage at the Mohamed V theatre in Rabat the two artists sang to a captivated audience.

Ghazi Khalil, a radio presenter who had come from Tunis for the festival, savoured the moment.

“This duo with Doukkali, it’s really a meeting of greats,” he said.