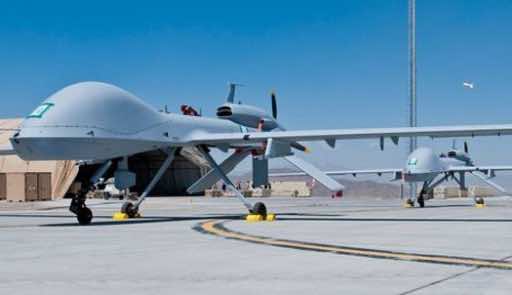 In “Dirty Wars: The World is a Battlefield,” journalist Jeremy Scahill condemns the “targeted killing” of purported Al-Qaeda linked militants in missile strikes and night raids by commandos as an ominous, permanent state of war that is “spinning out of control.”

The film tries to shed light on operations conducted in the shadows since the September 11, 2001 attacks, focusing on civilians cut down in Afghanistan and Yemen.

The documentary recounts a botched raid by special operations forces in the Afghan village of Gardez that killed five people, including two pregnant women.

The documentary has poignant home videos taken by the Afghan family, showing a festive gathering with dancing and laughter only minutes before loved ones are gunned down.

One of the victims turns out to be an Afghan policeman, who was trained by the Americans.

Villagers vent their outrage afterward, vowing to fighting the bearded commandos they call the “American Taliban.”

“If the Americans do this again, we are ready to shed our blood fighting them,” one Afghan says.

Word leaks out about the raid and US forces initially insist their victims are Taliban insurgents, before apologizing later for a tragic error.

Scahill said in an interview with AFP that the secret operations are counter-productive and morally corrosive, sowing more anti-American hostility.

“I’ve come to the conclusion over the course of years of doing this work that we are creating more new enemies than killing actual terrorists,” said Scahill, who wrote a book about the scandal-plagued Blackwater private security firm.

“The point of the film is not to tell people how to think about these things, but to present them with a different narrative than we generally hear on television.”

In Yemen, the documentary features a tribal leader and former parliament member describing a Tomahawk cruise missile strike in 2009 on a Bedouin village, al-Majalah, that he says killed more than 40 innocent people, including children.

The Yemeni government claimed credit for the strike at the time and said it was targeting an Al-Qaeda training camp. Diplomatic cables published by WikiLeaks later confirmed that it was a US cruise missile.

For a documentary, “Dirty Wars” adopts an unconventional approach, with Scahill’s narration resembling a world-weary detective trying to uncover the truth.

“I returned to Sanaa but I wasn’t sure why,” Scahill says at one point.

The clipped, noir-style may win “Dirty Wars” a wider audience but it sometimes distracts from the serious questions raised by the film.

The most controversial segment focuses on the killing of the American-Yemeni cleric Anwar al-Awlaki, who was taken out in a drone strike in September 2011.

It was not until last month that the Obama administration openly admitted killing Awlaki, a US citizen, and the White House insists he was hunted down not because of his anti-US propaganda but because he was directly involved in terrorist plots against America.

But Scahill has a different view, arguing Awlaki was targeted for his rhetoric and should have been prosecuted in a US court.

The documentary suggests Awlaki had turned from a moderate-minded spiritual leader based in the US state of Virginia to an angry extremist because of an anti-Islamic climate in the United States after 9/11.

“America had helped to create the very man it was trying to kill,” Scahill says.

Days before the film opened, Obama delivered a speech in which he pledged to rein in the war on terror and impose stricter rules on drone strikes.

“I saw it as President Obama creating an infrastructure that will ensure that the drone program continues… in perpetuity.”

Scahill, who writes for the left-leaning Nation magazine, argues Democrats have failed to hold Obama to account for expanding secret assassinations begun when George W. Bush was in the White House.

“(Former vice president Dick) Cheney must be sitting back somewhere with a deep sense of envy and a sense of awe and gratitude that Obama kind of kept it going for them,” he said.

“Obama’s better at their own game than they are.”