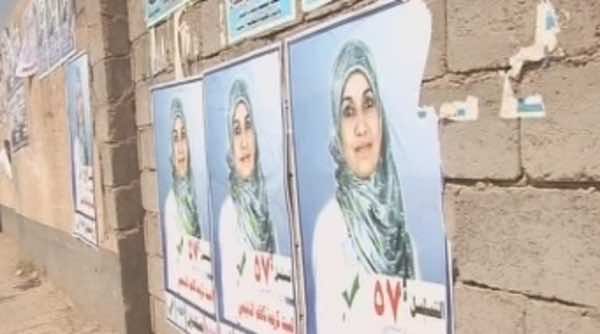 The current political scene in Iraq is appearing to encourage Iraqi women in the Anbar and Ninawa provinces to participate more than before in the political process.

Iraq’s elections committee said this week that the number of women competing in local elections has greatly increased compared with the 2009 elections, despite the tribal nature of both communities, adding that this participation is the highest since the fall of Saddam Hussein’s regime in 2003.

Most female candidates are well-educated and are women’s rights activists, as well as being part of civil society organizations and governmental and private institutions.

Banners of female candidates bearing patriotic and political slogans were scene in both provinces, held up by their supporters. Such a scene has not been present in Iraq for decades.

Observers see this as a sign that the Iraqi society is gradually healing after Iraqi women had been unable to leave their homes due to terrorism dangers across the country.