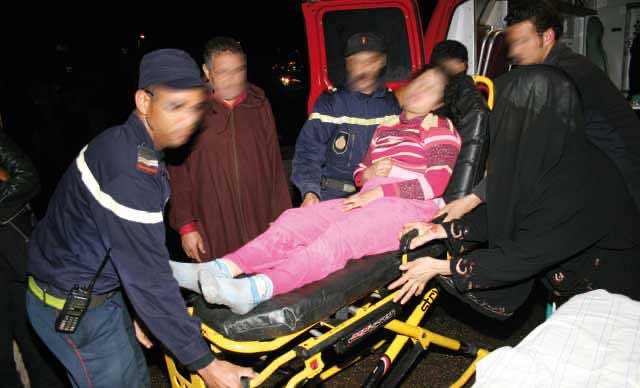 18 people were injured in a minibus accident on Saturday on the Casablanca-Settat Highway.

Four among the casualties were severely wounded.

According to local authorities, the minibus, coming from Tangier heading to Marrakech, brusquely overturned on the highway in the town of Machraa Ben Abu due to a tire puncture.

The vehicle was carrying 20 persons, most of whom were women teachers in a school in Tangier, who were heading to Marrakech for a tour.

The governor of the Chaouia-Ouardigha region, and the Governor of the province of Settat, accompanied by local officials, visited the scene of the accident to monitor the evacuation of the casualties to the Hassan II Hospital in Settat.

Subsequently, an investigation was initiated to determine the causes of the accident.

He added that Morocco occupies the first rank in the Arab world, and 6th rank worldwide in road accidents.