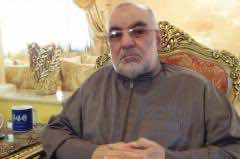 Abdel Bari Zamzami, a controversial Moroccan Islamist preacher, recently called on the government to pass a new law that bans polygamy in Morocco.

In an interview with the news outlet Hespress, the preacher said” Since most men cannot be fair in their treatment of their wives, banning polygamy would be the solution to avoid more family problems.”

The “fatwa,” which can be viewed as going against the teachings of Islam and Islamic tradition, is likely to spark a debate, particularly among other clerics who may disagree with Zamzami’s views.

“Polygamy exists in Islam. No cleric has the right to ban it. Of course, there are conditions that must be met to marry more than one wife, particularly fair treatment,” Ttaib Chaouki, a professor of Islamic studies, who opposes the cleric’s opinion, told MWN.

With the increasing number of divorced couples in Morocco, there is no doubt that women right associations will move on to add their voice to Zamzami’s.

According to Zamzami, since the majority of men who marry more than one wife inevitably fall prey to an unsteady and shaky relationship in their married life, “banning polygamy is not against Islamic teachings.”