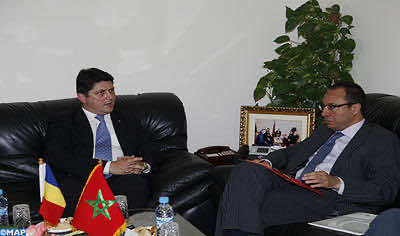 The two sides highlighted the means likely to set up an efficient and practical cooperation through the exchange of expertise and the development of business opportunities.

“Morocco is ready to carry out a more intense activity with Romania in specific areas, including industry, which can be quickly converted into partnerships,” Amara told the press at the end of the meeting.

He added that the private sector is called on to explore the opportunities offered by the economies and markets of both countries.

For his part, Corlatean, who welcomed the excellent relations between Morocco and Romania, told the press that the two countries have to develop joint projects and make concerted efforts during this sensitive period of the global economy.