Smara- The organization of a national conference in Smara last weekend about the tools and strategies of boosting regionalism was an opportunity for the youth of the region to meet a group of Moroccan scholars and university professors to shed light upon the Moroccan project of autonomy in the Sahara. 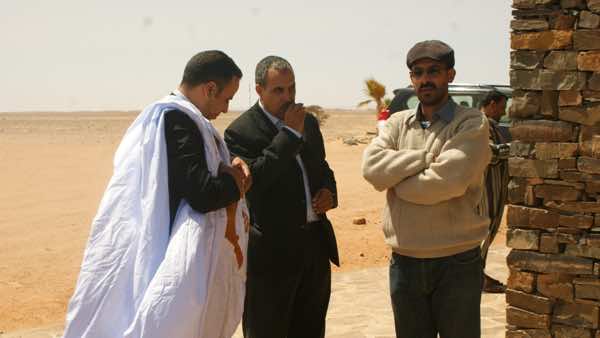 By
rachid khouya
-
Rachid Khouya is a teacher of English in Es Smara city, south of Morocco.
Jun 11, 2013
Spread the love

Smara- The organization of a national conference in Smara last weekend about the tools and strategies of boosting regionalism was an opportunity for the youth of the region to meet a group of Moroccan scholars and university professors to shed light upon the Moroccan project of autonomy in the Sahara.

Many people felt there was a lack of information on the part of the government and the media, as well as an absence of local political parties informing and educating the people to help them better understand what is being discussed and what can be done. The majority of people blame the government for this silence and lack of information and political illiteracy that is spread among the population of the Sahara which facilitates the spread of rumors by the enemies.of our territorial integrity, chief of which Algeria and South Africa. . Consequently, many youth and people believe their lies and destructive agendas.

The questions asked after the presentations by the audience and during private meetings with scholars and university teachers clearly show that there is a great need and thirst among the people to know what the government is going to do and what is being discussed on the tables of negotiations with the Polisario.

Ahmed, a student told MWN that, “the issue of the Sahara has to be a national issue and has to be debated locally and nationally. The people of the Sahara should know what their role is in the coming chapters of this created movie. They have to be informed, counseled, listened to and their opinions and suggestions have to be taken into account because they are the ones concerned directly and indirectly, with whatever agreement is decided between the parties.”

He added that, “the government should encourage the new elite, integrate them into the social, economic and cultural sphere, fight all aspects of poverty and marginalization,communicate with local people, integrate those who came back from Tindouf to the homeland and foster the role of political parties and civil society to spread the values of citizenship, good governance, responsibility and social justice in order to close all the windows and horizons in front of the Polisario and their supporters who exploit social ills to give it political interpretations both nationally and internationally.”

Clearly, there is a lot of work to be done locally and at home in addition to the work being done at the international level. But the first and most important steps should be done internally by strengthening the national front and this necessitates a new strategy to be followed in the Southern provinces built upon: informing, sensitizing and engaging the local population.