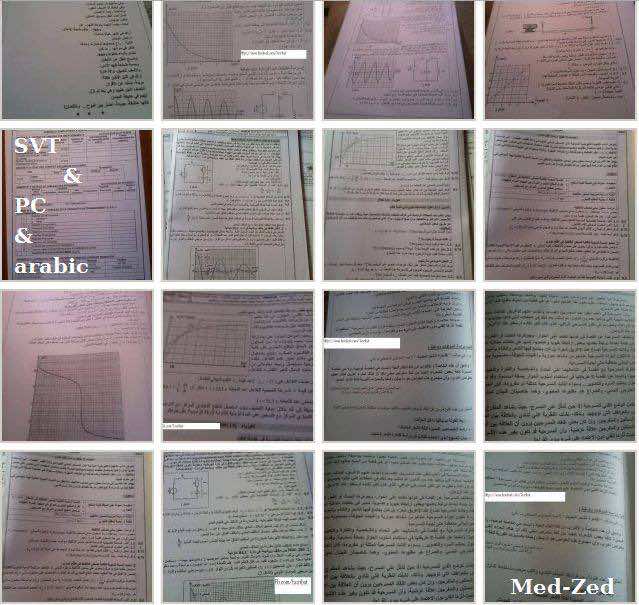 We have all heard of those new severe guidelines concerning students who would be caught cheating during the baccalaureate exams this year. Therefore, I was expecting a certain change in the situation as opposed to previous years. But this morning as I logged in to Facebook, to my surprise I found this huge number of leaked baccalaureate exams. I was astonished to see so much leakage in all the different branches: Literary, technical and scientific.

Just 10 minutes after the start of the exams, many baccalaureate candidates started taking pictures of the questions and posting them Facebook. Only a few minutes later, they started posting pictures of their answers or asking people on the social media network to send them some. Many pages were used as means for sharing the questions and answers. The one used the most was ‘Tasribat.’

Despite the reforms made by the minister of National Education Mr. EL Wafa, there has been no improvement in the issue of fighting cheating in baccalaureate exams. In fact, it is only getting more serious with students’ easier access to all sorts of sophisticated technologies.

According to the new guidelines concerning the baccalaureate exams, teachers are asked to make sure no student is in possession of his mobile phone. However, there is no specific guideline saying how teachers are supposed to do so. Should they search up students at the class door? Or should they make them empty their pockets? It is well known how dangerous such acts can be for teachers and especially women teachers who are very often intimidated and threatened.

The issue of cheating in baccalaureate exams must be dealt with in a much more serious way. And a lot more effort needs to be put in order to apply those new guidelines.  As a matter of fact, there could be one way to end cheating via social networks according to an education union member. For many years, they have been asking for the introduction of a certain electronic device that can be used to block internet connection during the exams in the concerned area.

How can we speak of equal opportunities for all students in such circumstances? While one student puts so much effort in studying for the exam, another one just sits and waits for answers to come. And unfortunately, the latter is more likely to have a better grade. And how are these students going to be future teachers, doctors, lawyers and engineers with no competence whatsoever?

Our youth are our future and as long as they cheat, Morocco is going nowhere near development.