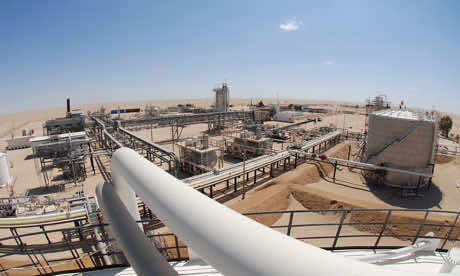 Libya will sell Tunisia 10 million barrels of oil from August until the end of 2014 at an undisclosed price under a deal signed on Tuesday, according to a transcript of the meeting.

The crude would be delivered at the rate of 450,000 barrels a month through December and then at 650,000 barrels monthly next year, the document said.

While no price was disclosed, Tunisia asked the authorities in the neighbouring North African country in April to sell it oil at preferential rates.

The deal, signed by Libyan Oil Minister Abdelbari al-Arussi and Tunisian Industry Minister Mehdi Jumaa, also envisions a Libyan “contribution toward the project to create an oil refinery in the Skhira region” of southern Tunisia.