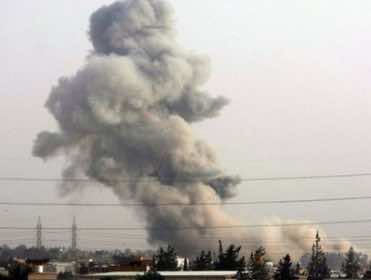 Italian diplomats in Tripoli escaped from their booby-trapped car before it exploded during a shopping trip in the Libyan capital on Tuesday, officials said.

“The Italian diplomats got out of their car in the district of Zawiet al-Dahmani to shop when they noticed a wire hanging beneath the vehicle,” a diplomat said.

“They evacuated the area before the car exploded half an hour later,” added the diplomat, who was speaking on condition of anonymity.

That version of events was confirmed by witnesses in the neighbourhood located a few kilometres (miles) from the centre of Tripoli.

The witnesses said the blast was of low intensity and that the car was not completely damaged.