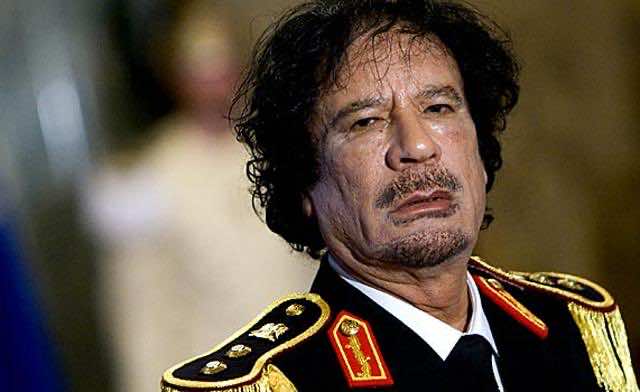 A Libyan court on Wednesday adjourned until August the murder and corruption trial of Moamer Kadhafi’s last premier, who allegedly spent billions of dollars trying to buy support during the uprising that ousted the dictator.

Al-Baghdadi al-Mahmudi, dressed in prison blues, appeared in the Tripoli court accused of “gratuitously killing people” and of “misappropriating public funds” during the 2011 revolt.

He was accompanied by fellow defendants Al-Mabruk Zahmul and Amer Salah Terfas, both former executives of an investment company run by the late dictator’s son, Seif al-Islam.

They are accused of moving 15 million euros ($20 million) to private accounts in neighbouring Tunisia to finance logistical support for loyalist forces during the nearly year-long war.

Money was also allegedly sent to other countries, but details were not given.

In addition, prosecutor Al-Seddik al-Sur told a press conference after the hearing that “three to four billion dinars ($2.3 billion-$3.1 billion) was used by (Mahmudi) during the insurrection to corrupt politicians inside and outside the country to align themselves with the regime.”

He did not elaborate.

Sur said Mahmudi will also have to answer charges of attacking the security of the state, associating with criminal bands and incitement to rape during the uprising.

The trial was adjourned until August 7 at the request of the defence so that they could review documents of an investigation in Tunisia, to which Mahmudi fled as the regime fell and from which he was extradited last year.

Present in the courtroom was a delegation from the Tunisian justice and human rights ministries, who had come to monitor whether Mahmudi was getting a fair trial.

“The fact that the trial is open to the public and to the media is a priori evidence of an intention to offer a fair trial,” human rights ministry spokesman Chekib Derouich said.