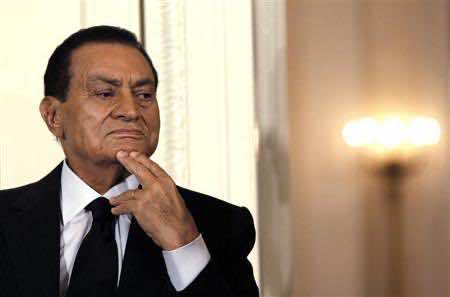 Ousted president Hosni Mubarak, his wife and one of their sons are to return gifts worth a total of $600,000 (450,000 euros) to Egypt’s former information minister, a judicial source said on Wednesday.

The source, quoted by state news agency MENA, said the prosecutor’s office accepted a proposal from the Mubaraks to return the gifts and Gamal Mubarak had signed the necessary paperwork.

The Mubaraks’ other son, Alaa, was not involved in the case.

An investigation found that ex-information minister Anas al-Fekki had given large sums to high-ranking officials, including the president who was toppled in a 2011 revolution after three decades in power.

Fekki has been placed under arrest while the case is investigated.

In January, the prosecutor’s office also agreed for the Mubaraks to return $2 million worth of gifts from the state’s Al-Ahram news organisation.