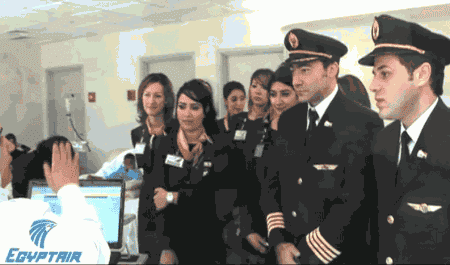 Pilots for national carrier EgyptAir began a sit-in on Thursday to demand better pay and working conditions, disrupting flights out of Cairo, an airport official said.

The strike has caused the cancellation of nine flights with more disruption expected, the official told AFP.

Civil Aviation Minister Wael al-Maadawi went to the airport for talks with the pilots, who are demanding salary increases and more benefits.

Since the fall of long-time president Hosni Mubarak in 2011, strike action has hit several sectors of an economy already devastated by plummeting tourism revenues and foreign investment.

Rising inflation, fuel shortages and power cuts have added pressure to the population, a quarter of which lives in poverty.