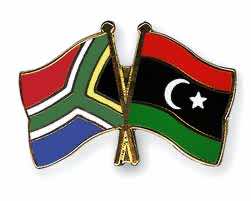 South Africa will return assets and cash stashed by the slain Libyan dictator Moamer Kadhafi in the country after reaching an agreement with Tripoli, the finance ministry said on Thursday.

The two governments agreed on “the repatriation from South Africa of Libyan funds” that are thought to include diamonds and gold worth more than $1 billion.

South Africa’s treasury said the assets will be returned in line with UN rules.

South African media last week reported that Libyan investigators had approached the treasury with evidence that the assets were held by four local banks and two security companies.

“The decision was informed by the fact that the government of Libya established a single body in 2012 to coordinate the repatriation of assets to Libya,” the South African government said.

South Africa was opposed to NATO’s military intervention in Libya during the rebel uprising against Kadhafi’s regime in 2011.

The veteran leader was captured and killed in October 2011 while he was trying to flee his home town of Sirte.