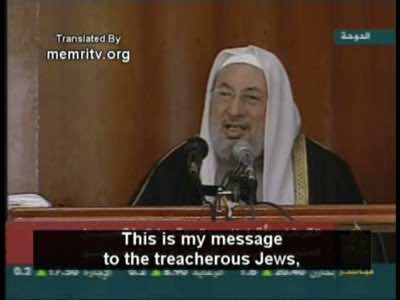 Influential Sunni clerics from several Arab states including Saudi Arabia and Egypt called on Thursday for a holy war against the “sectarian” regime in Syria.

“We must undertake jihad to help our brothers in Syria by sending them money and arms, and providing all aid to save the Syrian people from this sectarian regime,” they said in a statement at the end of a gathering in Cairo.

“The flagrant aggression of the Iranian regime, of Hezbollah and of their sectarian allies in Syria amounts to a declaration of war against Islam and Muslims.”

Lebanon’s Iran-backed Shiite movement has been fighting alongside the forces of President Bashar Al-Assad, a member of the Alawite offshoot of Shia Islam, against Syria’s mainly Sunni rebels.