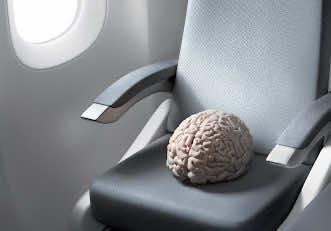 The transnational flows of scholars, intellectuals and engineers between socio-economically developed countries has been seen for long time as one of the problematic issues around the world. With the rise of the global economic system which has been followed with highly technological progress, the migration of expatriates across world borders, namely Brain Drain, has witnessed a gradual increase. Thus, to study the various dimensions involved in brain drain, a new critical approach has been introduced recently which is called: Scientific Diaspora.

I. Contextualizing the concept of Brain Drain

Brain drain arose in the year 1960’s when it was used for the first time to describe the migration of British intellectuals and scientists to the United States of America. Known also as human capital flight, brain drain is defined as an emigration of trained and talented individuals to the nations which are developed at the scientific as well as infrastructural levels. Brain drain occurs when the academically qualified individuals prefer to go, and carry out their studies abroad so as to have access to more promising opportunities there without thinking of the return to the home land. In fact, most of those intellectuals who live, and contribute into the scientific advance of the host countries are dealt with as Human Capital. This term was coined by an American economist called Gary Becker to refer to the major professional abilities, skills and competencies that constitute the human capital of the individual living in a host land.

According to scientific Diaspora, the migration of human skills is no more conceived of as brain drain, but rather as brain gain meaning that the intellectually skilled population living in Diaspora becomes considered as a potential asset instead of a definite loss. Regarding the fact that the majority of the expatriates and scientists receive good education, and get trained through advanced professional practice, it would be better for them to contribute into the development of their mother countries, and also if this latter know how to invest such human sources; it will then gain a lot. Hence, to implement the brain gain, two main approaches have been suggested; the first one is called (Return option) which implies the return of the expatriates to the country of origin. The second approach is called (Diaspora option) and it is associated with remote contribution and mobilization to the development of the mother country.

The return option was first introduced in the 1970’s through to the 1980’s and 1990’s. This option involves efforts undertaken by countries to support their highly competent expatriates to return home; this strategy has been realized successfully in different new industrialized countries such as Singapore, Japan and the republic of Korea. For the return option to function effectively, home countries have to be in a position to provide the expatriates they want to attract with salaries and economic infrastructure that can be comparable to those in the countries in which they work, also special networks should be created at home where the returnees could find a place and work actively. However, developing countries are not in a position to compete with the industrialized countries in which their skilled immigrants are often located. This failure has led to introducing a new different approach to replace the return option; this approach is called the Diaspora option.

this approach is more recent and emanates from different principles, which means it takes for granted that many of the scientists are not likely to return, but what is more important is that in spite of their being located far remote from their home lands, they can still be concerned with the progress of these countries due to the many cultural and family ties that link them with the geographical origins. The main objective beyond the Diaspora option is built upon the process of network approaches in which a network can consist of a set of contacts that link individual actors or groups without any physical return. These networks are referred to as expatriate knowledge networks.

The information and knowledge exchanged between the communities of scientists and their countries of birth help them transfer their expertise and skills to meet the needs of these countries on the short or long-term scale. Now around the world forty one expatriate knowledge networks have been identified; these networks are tied to thirty different countries. Some of the recently founded networks are the Arab Scientists and Technologists abroad (ASTA) and the Latin American Association of Scientist (ALAS). These two international associations differ in terms of organization, goals, activities and structures.

As a way to conclude this article, with the Diaspora option strategy, brain drain will no longer be seen as a challenging problem, but rather a perpetual source of investment whereby the countries under the process of development can make use of the professional and scientific experiences of their Diasporic immigrants. Thus, brain drain in this context becomes an asset to capitalize on instead of a definite loss.

El-hajjami Mouhcine is a Moroccan-born cultural studies master student and a B.A holder from Sidi Mohammed Ben Abdellah Unviversity: School of Arts and Humanities Fez Morocco 2012. El-hajjami is the author of “Man between Health and Sickness” book 2011, and ” Signs of Gender Clash Representation in Folktales” book 2012; El-hajjami works also as a tutor of English,a social activist, a translator, and a founding member at the Moroccan Center of Social Enterpreneurship, and the Yamanda Center for Cultural Innovation.