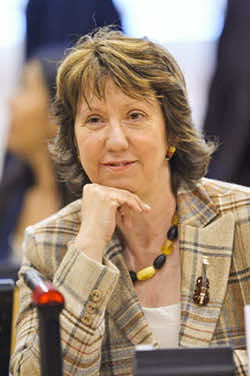 The European Union on Friday said U.S. allegations about the use of chemical weapons reinforced the need for U.N. inspectors to be deployed to Syria, and for increased efforts to find a political solution to the conflict.

A spokesman for EU foreign policy chief Catherine Ashton said the bloc had seen with “great concern the conclusions of the statement” by the White House on Thursday about alleged nerve gas use by forces loyal to Syrian President Bashar al-Assad.

“This assessment and others also circulated makes it even more important that a U.N. verification mission be deployed to Syria to investigate these allegations on the ground,” the spokesman told a daily briefing.

The spokesman added: “It’s urgent, we believe, to advance the political process starting with the convening of the planned peace conference on Syria… and the EU will contribute to its success in every way possible.”