Ifrane, Ramadan is the ninth month of the Islamic calendar. In this month, Muslims all over the world fast from dawn to dusk. During that month Muslims abstain from food, drink and sexual intercourse from sun rise to sun set. 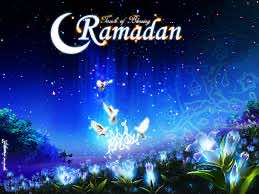 Ifrane, Ramadan is the ninth month of the Islamic calendar. In this month, Muslims all over the world fast from dawn to dusk. During that month Muslims abstain from food, drink and sexual intercourse from sun rise to sun set.

This holy month begins with the sighting of the crescent moon on the evening following the new moon. It lasts for 29 or 30 days depending on the lunar cycle. According to the holy Quran, Muslims must see the new crescent with naked eyes before they can fast.

Why is this month sacred?

Ramadan is the most important month of the year for several reasons. “The month of Ramadan is the month in which the holy Quran was revealed as a guidance for humanity, as a clear proof of that guidance, and a criterion for distinguishing between the right and the wrong”(2:185).
Also, the holiness of Ramadan comes from the existence of laylat Elqadr (night of destiny), believed to be the eve of the 27th day of Ramadan. This night, according to Islam, “is better than one thousand months” and it is a night, during which the revelation was completed.

Further, this month is the month of Sawm (Fasting); as it is known to Muslims Sawm is one of the five pillars of Islam and it is the month when Sawn has been made obligatory for all adults, capable and sane Muslims.

Additionally, the greatness of Ramadan lies in the opportunity it offers to become closer to God. ”Anyone who fasts during this month with purity of believe and with expectation and a good reward, will have his previous sins forgiven,” said the prophet Mohammed PUH.

Besides, during that month the reward for good deeds are multiplied. Along with the possibility of great reward, there is the risk of a terrible loss. Muslims think that if they let any month pass by carelessly, they just lost a month; and if they do the same during Ramadan, they will loose everything.

Why do Muslims fast?

Fasting serves many purposes. Muslims do fast for the entire month of Ramadan, since fasting is one of the five pillars of Islam, as well as being among the greatest symbols of Islam. While hungry, Muslims are reminded of the suffering of the poor. By fasting, Muslims are not only required to sympathize with the needy people, but they are thrown into the experience of hunger.

For Muslims, fasting is a great opportunity to exercise self-restrain, self-control, self-discipline and self-training. “O who believe, fasting is decreed for you as it was decreed for those before you; perchance you will guard yourselves “(2:183).

Additionally, one of the numerous purposes of fasting in that holy month is that fasting is a key to a true, sincere, comprehensive and Thanksgiving to almighty God for his bounties. This bounties need payment of a price which is thanking God through fasting.
Fasting during this sacred month develops courage, fortitude and a fighting spirit in human beings to surmount the heavy odds in life with a cool and tranquil mind.

It sharpens the individual power of concentration to overcome obstacles through a vigorous exercises all throughout the month, leading to a stealing of his power and resolve that could help him/her in challenging difficult situations in life. Many people take advantage of this holy month to dispose of some habits like drinking or smoking.

The Atmosphere of Ramadan

The atmosphere to be found during the day of Ramadan makes it stands out from the rest of the year. Moroccan people start their fasting day with a meal (Suhur) consumed collectively in the early morning before fasting. This Suhur is eaten before sunrise and before the dawn prayer.

Sawm in Morocco starts with a bang, a rather large one that marks for the new day of fasting. This voiced bang precedes the Addan (voiced declaration for Muslim to prayer).
After they hear the Addan, Muslim should stop eating and go to the mosque to perform their prayer.

What makes Ramadan the most glorious month is the atmosphere that comes either before or after breakfast. You will find ladies very busy preparing the most famous national dishes, such as Harira, Briwats,and shapakia to the extent that the kitchen becomes similar to a beehive.

In the streets, you will find traders and peddlers competing to sell their delicacies.

Approximately, one hour before the sun-set (breakfast) you will observe people rushing toward their houses lest they lose the opportunity of breaking their fast at home with their family members and friends.

As the Addan is heard Moroccan Muslims break their fast in an enjoyable atmosphere. When they finish their meal (fotor), they gather in another room, where they discuss and exchange joke till the Addan of Alichae (night prayer) when they take leave to the mosque to perform Tarawih prayer. Tarawih prayers are prayed in pairs of two Rakaats from 8 to 20 Rakaats after the fifth pray of Alaicchae.

When the Moroccans are practicing this Islamic ritual, the movement in cities is stopped and every thing becomes inactive and stagnant till the end of these prayers as though someone hit the pause button on the whole Moroccan cities by a remote control.

Active and vigorous is the case of Moroccan cities after the Tarawih prayers. Streets, cafés, restaurants and supermarkets, all become full with people and activity.

The end of Ramadan

Two important rituals mark the end of Ramadan. The first is Zakat al Fitrah. It is a religious alms paid on the day when the Moroccans break their fasting period at the end of the month of Ramadan. It is an obligatory payment aiming at purifying the Muslims from those sins committed in Ramadan. It is given to needy people who are unable to cater for their essential needs.

Also, the end of Ramadan is marked by the festivities of Eid alfitre (the first day of the coming new month.) Eid ALFITRE or EID SGHIR is one of the two holiest religious celebrations. It is a family day when people enjoy their favorite meals in an atmosphere of festivity. People dress in their finest cloth, adorn their homes with light and decorations.