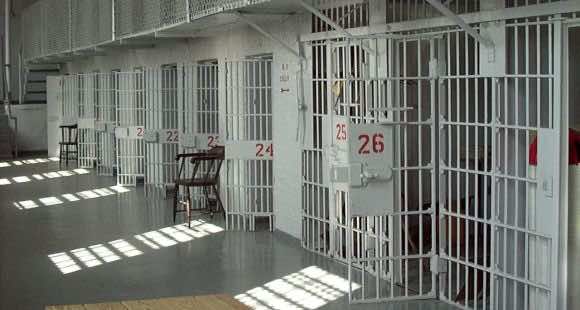 Prison sentences for a Tunisian rapper and three European activists with women’s protest group Femen have heightened fears among artists, journalists and rights activists that the Islamist-led government is rolling back civil liberties.

Ala Yaacoub, better known by his rap name “Weld El 15”, was jailed on Thursday for two years for insulting the police in a music video posted on YouTube.

His sentencing came a day after three young Femen activists were jailed for four months for staging a bare-breasted demonstration in Tunis in support of a local activist.

The tough sentences contrasted starkly with two-year suspended terms given in May to 20 hardline Islamists who took part in an attack on the US embassy last September, which have been strongly criticised for being too lenient.

While topless protests and aggressive anti-police rap lyrics are bound to cause disquiet in the Arab world, the sentences meted out are disproportionate, said Human Rights Watch’s Amna Guellali.

“The trials are multiplying in Tunisia for acts which to all appearances are related to the freedom of expression… Even if these peaceful forms of expression can shock, they don’t have to result in such harsh sentences,” Guellali said.

“It raises the question of the manipulation of the judiciary. Even if there is no proof that orders were given to the judiciary (by the government) it is nevertheless becoming an instrument of repression responding to the dominant order, orthodoxy and ideology,” she added.

Jailing young people for politically motivated actions is not unprecedented in post-revolution Tunisia.

In March 2012, two young graduates, both atheist, were sentenced to more than seven years for publishing caricatures of the Prophet Mohammed on Facebook.

But the number of people being prosecuted under Tunisia’s repressive penal code, which dates back to the regime of ousted dictator Zine El Abidine Ben Ali, appears to have risen, despite promises by the authorities to revise the code.

Next Wednesday three journalists are due in court accused of publishing false information harmful to public order, an offence that carries a possible six-month prison sentence.

The charges are based on a report broadcast by private TV channel Ettounsiya about cross-border arms trafficking.

One of the accused, anti-Islamist activist Sofiane Chourabi, is firmly convinced that Tunisia’s judiciary is controlled by the executive power.

“The government wants to kill the rising youth protests at birth,” he said.

The blogger, who made a name for himself as a vocal opponent of Ben Ali during the revolution, admits he is worried about the implications for his own trial of Thursday’s rapper ruling.

“After what happened I am afraid of being jailed,” he told AFP.

For actor Lotfi Abdelli, even if the rapper was “abusive” in his song, with aggressive insults directed at Tunisia’s police and judges, “it’s not a reason to be sent to prison”.

“This government is heading down the path of dictatorship, but we will challenge it,” he said.

“We’re not going to just sit back, even if we risk two or three years in prison. We still have our freedom of speech, and we will continue our revolution,” he said.

Abdelli accused the judiciary of turning a blind eye to aggressive behaviour by hardline Salafists towards artists.

He cited one occasion last year when they prevented him from performing his comedy act by occupying the auditorium.

“That speaks for itself,” said the actor, who was recently cleared of defamation charges, punishable by a year in prison, for having made an abusive hand gesture on television in the presence of a minister.

“I attack the government but I frame my attacks so they don’t have legal consequences. I know who I’m talking to. (Weld El 15) was unfortunately too direct,” he added.