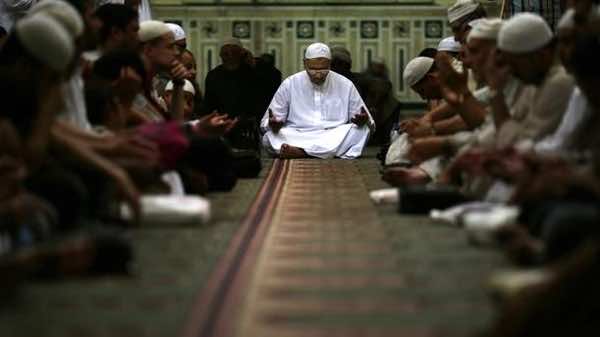 Egypt’s Sufi Muslims say their places of worship are under threat by rising radicalism, as shrines sacred to them are coming under attack by Islamist hard-liners who deem them heretical.

Sufis follow a mystical philosophy of Islam that has traditionally been popular in Egypt, with some 15 million people in the country of 90 million belonging to dozens of Sufi orders. Sufis say the figure is likely even higher since many who practice it are not registered with orders.

But many of their practices are denounced by ultraconservative Salafis who follow a more literal interpretation of Islam. In particular, hard-liners point to Sufis’ reverence for saints and holy men and for the shrines where they are buried. Salafis and other hard-liners consider such reverence as idolatrous. And with hard-liners emboldened and given a freer hand since the 2011 fall of autocrat Hosni Mubarak, attacks on shrines have escalated.

The Secretary-General of the Union of Sufis in Egypt, Abdullah al-Nasser Helmy, says more than 100 attacks against shrines have taken place across the country in several Nile Delta provinces, the Mediterranean coastal city of Alexandria and northern Sinai Peninsula where radical extremists are active.

In the northern Sinai town of Sheikh Zuweyid, for example, extremists bombed the shrine of the saint who gives the town its name. The tomb was not totally destroyed, so a few months later, they bombed it again. In other places, shrines have been defaced or damaged.

“Egypt is being severely affected by the Salafi ideology, which is hard-line and forces women to wear the face veil,” said Helmy, expressing fears that extremists want to do away with all tombs related to prophets and religious figures.

Amr El-Mekky, an official in the Salafi Nour Party, said his party is against such attacks. “This is not the way of dealing with different people,” he said. “We criticize anything like that,” he said, adding that all Salafis should not be painted with the same brush.

Sufism is rooted in the focus on one’s soul, nurturing it through prayer and dhikr, a ritual of supplication that often includes recitation of God’s 99 names in Islam. Whirling dervishes who spin and pray with their hands stretched upward until they are lost in worship are also associated with Sufism.

One of the most popular Sufi rites is the mawlid – a mass celebration to mark the birthdate of a saint. There are some 120 such commemorations a year in Egypt alone, with some Sufis traveling across the country and camping outside mosques and shrines for the occasions. The food they make is available for all to eat and their circles of worship open for all to join. As with many of Egypt’s antiquities and ancient sites, many of the country’s Sufi shrines are dilapidated and neglected by the government.

Sufism, which first appeared in Egypt in the 9th century, is popular among leading sheiks in Al-Azhar, the Sunni Muslim world’s oldest seat of learning based in Cairo.

Some Sufi parties emerged after the country’s uprising, though Sufis have largely stayed on the peripheries of politics while Islamists plunged in to dominate politics. Salafis are now the second largest bloc in the interim parliament, after the Muslim Brotherhood. Egypt’s president, Mohammed Mursi, is a veteran of the Brotherhood.

Helmy says Sufis are concerned that the new government and Salafis are slowly trying to encroach on mosques and force out moderate scholars.

Still, he says it is not in the nature of Sufis to be politicized or be consumed by worldly problems.

“Sufis only tremble from God’s majesty, though they are being fought by the current government,” Helmy said.

Here’s a gallery of images from AP photographer Hassan Ammar showing Sufi practices, rituals and places of worship in the Egyptian capital, Cairo.