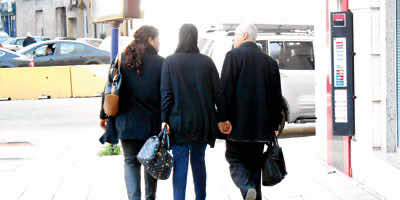 Rabat – Polygamy in Morocco is one of he questions that have always intrigued me. As an international volunteer, I am very grateful to be accommodated by a lovely Moroccan host family.

They have been very generous and taken me a few different places. Last weekend, we visited a farm where several guests were served a fancy lunch in a big tent.

Besides the entire sheep carcasses served on giant platters, and the experience of being served in a fancy tent, what was also interesting about this particular experience was that the host had two wives.

Admittedly, I didn’t pick up on this particular detail until after we had left. As we were leaving, I followed the female members of my host family to make the rounds and thank, and double cheek kiss the female members of the family who had hosted our lunch. The final two women I thanked did seem to have an authoritative demeanor, as if they were in charge of the whole event, and said their goodbyes in almost perfect unison.

As we drove away, the father of my host family pointed out the detail I had missed. The final two women I had said goodbye to were both co-wives of the same man, and their husband was so rich that he could afford both of them.

Judging by the large number of guests, caterers and courses served at the lunch I could see that this man could certainly afford to support two wives. They looked well provided for and even seemed to get along quite well with each other.

Essentially, I couldn’t see any evidence to suggest that they were unhappy with the situation and even my host family said that the three of them got along very well and lived happily together.

I found myself feeling skeptical though. Maybe this is just my Westerner’s bias, but I had quite a visceral reaction to the idea of being wife number two…or even wife number one for that matter. Even though it appeared that this husband treated his wives equally, he is after all a human being. This is not the same as having equal love for each of one’s children, I thought that he must surely have a favorite.

I know that a woman may stipulate in her marriage contract that her husband not be permitted a second wife. But I wonder if many neglect this detail for much the same reason that many North American couples do not make pre-nuptial agreements, because nobody wants to believe that their marriage will come to that. Most of us are too distracted with imagining our happily ever after. Even though we know that this is not always the case.

I know that as a Westerner, and not a Muslim, my views about marriage are likely different than those of most Moroccans. I am familiar with the permissibility of polygamy in Islam. And I also know that the prophet restricted and regulated it, at a time when women had no rights to speak of at all.

As I understand, this would have been a revolutionary act of kindness act the time. I also understand that this offered a humane solution to the unenviable predicament of widows and orphans, who would have been prey without a male guardian at that time. Essentially, it seems to me that although interpretations of Islam exist that encourage patriarchy, this was not as the prophet had intended.

But wasn’t the first revelation of the Qur’an one that encouraged literacy and the pursuit of knowledge? An encouragement of human beings to forsake ignorance and pursue knowledge seems also an encouragement for humans to realize their full potential and to progress.

Doesn’t this mean that women should develop just as much as men to reach a level where they are independent and without the need of a male guardian when they reach adulthood? Couldn’t one argue that polygamy is something that is no longer necessary, and potentially an obsolete practice?

I also know how much pre-marital virginity is expected for Moroccan women and about the stigma that can potentially be attached to a divorced woman. Could this perhaps drive a woman to resentfully agree to bring a second wife into the home?

I found myself trying to open my mind to a different way of looking at marriage. But I just couldn’t  picture any girl imagining her happily ever after as a co-wife. 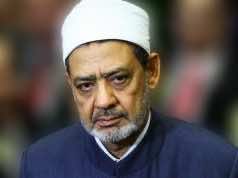 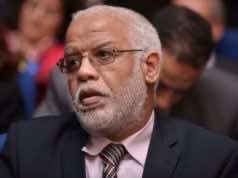