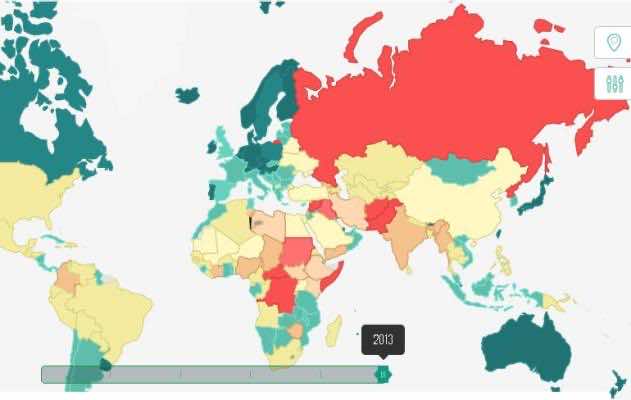 The kingdom ranked 57 out of 162 countries featured in GPI’s peace-measuring report. The North African country appears among other countries with a “high” peace index, such as the U.K (44), France (53) and Kuwait (37).

With its “high” ranking at the international level, Morocco thus ranks first in the Maghreb, ahead of Tunisia (77), Algeria (119) and Mauritania (122).

The GPI annual report, which is carried out by the Institute for Economics and Peace (IEP), a non-governmental organization based in Sidney (Australia), ranks countries in terms of their peacefulness according to 5 categories: Very high, high, medium, low and very low.

The GPI report bases its ranking of countries in terms of peacefulness on the following set of criteria:

– The level of organized conflict

– The level of perceived criminality in society

– The level of violent crime

– Ease of access to small arms and light weapons