Morocco World News
Home Culture Memories of a Moroccan in the US: when American customs were friendly 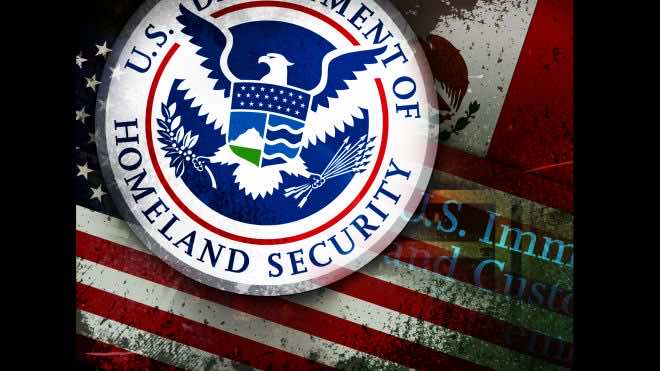 Beautiful were the circumstances and the general atmosphere at New York Kennedy airport in the summer of 1976. America was then celebrating the bicentennial or two centuries of independence after the famous declaration of 1776. Equally beautiful was the interaction with people from the plane landing at JFK until you get out of the terminal. Passengers gave a round of applause to the mastery of the pilot in crossing the great sea and making a safe and smooth landing on the other side of the Atlantic. At the customs, there were plenty of nice teen age-girls, probably, volunteers who were ready to help passengers from diverse nationalities who, for a reason or other, could not fill out the required customs forms.

Equally good circumstances were quite apparent in the customs officers’ friendly behavior. There were only two important questions for them to ask. One was: “Do you have any food with you?” as no food was allowed to be brought into the US as a measure of prevention. The other question was: “Do you have anything to declare?” and then you are welcomed and admitted to the US.

Things have changed so much in the world and in the US and unfortunately for the worse after the notorious nine eleven events. Consequently that change was reflected in the” greater gate” to the US; JFK airport. Tight security measures came to be implemented everywhere. Everything had to be screened and searched. Travelers started somewhat uneasily to get accustomed to taking out their shoes, belts, emptying their pockets and getting fingerprinted. I do not suppose anyone enjoyed that but security was and still is the order of the day.

For the sake of security for everyone, the majority of travelers are understanding and cooperative. The problem, however, can be if you are delayed too much at the customs, you may end up with a worthless plane ticket in your hand. What happened to me was, I got up at 6:00 am GMT in my home town, took a plane to Casablanca then stayed at the transit area until our departure to New York. I suppose we arrived at JFK around 7:00 Eastern Time and I had to stay with the paperwork until 9:30.

I had to go to another terminal but all the same my plane from JFK to Indianapolis had already left. I asked about an alternative to get to Indianapolis and finally someone told me I could give it a try at LaGuardia airport. I did not know what to do but finally I said why not, let me try La Guardia. I asked a lady at terminal III about how to make it to La Guardia and she told me that soon a bus to the other airport would stop by and that I had better take it. A Moroccan colleague was with me and he was so angry that he seemingly lost all his English, all I could hear him mumble were some angry words in Arabic he was uttering within clenched teeth!

After a while, a bus pulled to a stop nearby and a black man got out of it. I suppose he was the bus conductor. While talking to him, he suddenly got interested in our story and asked us “Are you guys from Africa?” and we said we were. That man was of a great help. He told us we were likely to find planes to our different destinations and helped us with our heavy luggage both at JFK and later at La Guardia. The man would not take a cent from us for his services. He is a great person. I will always gratefully remember his help and kindness. When I got to Indianapolis, It was already 11:30 pm US time. It was quite a long journey before I could make it to the beautiful flat State of Indiana to start an enriching and great overseas teaching experience.

Mohamed El Hassan Abou El Fadel is currently teaching English in Inezgane, Morocco. He was an American field service exchange student in Albuquerque, New Mexico in 1976-1977. In 2002, he received a national award from the Ministry of National Education for his work “Spelling Championship for Non-native Speakers” In 2004, he taught at Morristown Junior-Senior high school in Indiana as a Fulbright exchange teacher. The town council awarded him the key to Morristown at the end of his teaching experience. In 2005, he took part in the partnership for learning program at the University of Delaware as a teacher trainer. At present, he is writing his “Cultural Journals” as part of his educational experience in the US and co-writing Functional Arabic with Professor Larbi Oukada.