Casablanca- Gender as a social construct entails ineluctably the idea of power asymmetry, as well as problem of self-identification for both men and women. 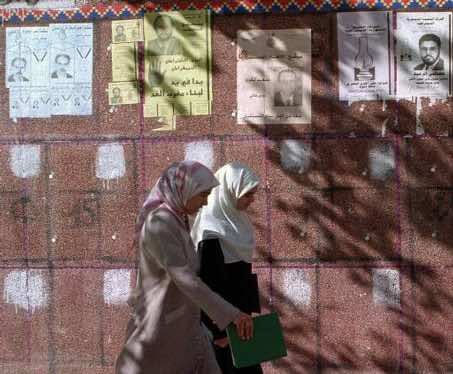 By
Loubna Flah
-
Loubna FLAH is a Moroccan national.
Jun 15, 2013
Spread the love

Casablanca- Gender as a social construct entails ineluctably the idea of power asymmetry, as well as problem of self-identification for both men and women.

By postmodern standards, gender is not a set of behavioral traits established by society for men and women, but mainly an ongoing process to delineate the confines of one’s performativity to use Judith Butler’s words. The borders of the active zone, the area where individuals have more power and control over norms, are constantly moved back and forth along with the turnover of social norms.

The Moroccan society as any traditional cultural system has also fallen prey to a plethora of diametrically opposed systems of norms. Both women and men have become the siege of a cultural crossing over between conservative ideals and more liberal credentials. This conflation of cultural encounters goes from eating habits to serious ethical issues. There might be several instances of harmonious combinations between these values.

Nonetheless, the strain that arises from the contact between different systems of values within the same individual remains undeniable. Now, consider that the individual we are talking about has suffered a set of existential setbacks in a highly discriminative context. Consider that this individual has embarked on a journey for self-recognition with a major crippling handicap: inferiority. What if this person was made to believe that she is bound to operate within a restricted fenced terrain? Had she to step outside, she would wage a war against society at large.

The modern Moroccan woman is facing an ontological predicament. Despite claims of equity, the problem of maintaining the balance between the pen and the Apron is far cry from being settled. The Moroccan woman finds herself enmeshed in a dialogic debate engaging, on the one hand, her congenial need to be the desirable woman, which entails a docile acquiescence with traditional standards of femininity, and, on the other hand, her ambition for autonomy, social ascension and, most importantly, her thirst for new realms and forms of power.

The traditional values in Moroccan society are anchored into two mains schemes. First, the cultural values are vividly required by society though they are not advocated by the sacred texts. For instance, the concept of “swab” or “manners” encompasses a broad spectrum of behavioral traits that define not only hospitality, but most importantly it governs social relations.

The ethics of “swab” in the Moroccan society can disrupt family relations and even put a term to friendships once flouted. Ironically, women are entrusted with the transmission of “swab” ethics not only through child rearing, but also through the concrete embodiment of these manners.

Men on the other hand are required to observe certain “swab” rules, but in a less compelling way and most often without any accountability. Yet, we need to make a clear cut distinction between the weight of tradition and the prerogatives of religion in the Moroccan society, for they are neither mutually interchangeable nor mutually exclusive.

First, the common thread between religion and popular culture is their binding force through moral accountability. By moral accountability, we mean the obligation the members of a community feel to legitimate their actions and to avoid behavior that raises questions about their morality. There is no established institution that enforces social accountability. Instead, it enacts its reprimanding role through the power of the collective mind rather than any individual authority.

For instance, the pressure on unmarried women to justify their status and the need for newly married men to prove the bride’s virginity are instances of moral accountability. Once again, women find themselves compelled to justify their behavior and to display an exemplary conduct more pressingly than their fellow men. More serious is the moral punishment inflicted on women once they breach this unsworn moral oath.

The case of divorced women

A case in point is the status of divorced women in the Moroccan society. Women who were either ditched by their husbands or those who have chosen to terminate their marriage are regarded as lacking or deficient individuals. They are also considered as a roaming threat since they are no longer under the social jurisdiction of a husband or a male relative. These views go undoubtedly against the Islamic provisions on divorces, which address primarily the right of the divorced woman and more particularly the right to alimony.

Thus, society seems to capitalize more on the collective mind as the main referential system, while Islam considers the individual endeavor as the substratum of the religious act and the collective spirit as the direct outcome of individual devotion.

There is a mosaic of complex factors behind the compliance of Moroccan women with traditions. On the one hand, there is an inherent need amid women for appreciation and desirability, two axial paradigms around which the female personality is generally articulated. This state of psychological dependence usually lessens women’s will for salvation from oppressive rules. Not to mention the fact that not all social norms represent an attack on women’s autonomy.

Additionally, women are less geared to face the coercive nature of some social norms. In this perspective, we discard religion, for it is most of the time a matter of choice except for the case of religious orthodoxies. As a matter of fact, the long tradition of women’s subordination conferred them an almost insurmountable state of inferiority.

Nevertheless, Moroccan women have also learnt to manipulate some traditional norms for their own interests.  What may look to the outsider eye as a state of subordination or inferiority is, in fact, a strategic positioning of women, which allows them to reap more concrete benefits that the status of superiority might not grant them.

For instance, a large number of women are comfortable with their traditional roles as caregivers. They consider marriage as a safeguard against deprivation and life hardships. Surprisingly, there are a number of women who consider quitting their jobs after marriage for the sole reason that they no longer need to earn money.

The common thread between these women is their aspiration for a better future and their firm belief that they can take full responsibility for their own development through education and professional development. These women are more prone to the social dilemma we mentioned earlier.

The discrepancy between social norms and the appeal of modern ideas engenders a state of neurosis to use Freudian terms.The Moroccan sociologist Fatima Mernissi uses also Durkheim’s term “anomie” to designate the mismatch between personal aspirations and social standards, which provokes a confusion of norms amid Moroccan women.

That is said, it is worth mentioning that the status of women in Morocco has undergone a substantial change mainly at the legislative level. Nonetheless, their cultural positioning has not undergone a paradigm shift. Some sexist reactions still harbinger reluctance towards women’s presence and activism in the public space. The male female relationship becomes once again entrenched in a power struggle. Despite the egalitarian discourse propounded in the media and in political institutions, gender bias in Moroccan society still resists attempts of gender homogenization.

Loubna FLAH is a Moroccan national. She earned a “Maitrise” degree in Biochemistry from the Mohammedia Faculty of Science and Technologies (FSTM). She obtained also a bachelor degree in English Studies from Ain Chok Faculty of Letters and Humanities. She graduated from the Ecole Normale Superieure in Rabat as a high school teacher of English. She is currently reading for a Master in Literary and Linguistic Studies in Ain Chok Faculty of Letters and Humanities in Casablanca. She writes poetry and short stories that she intends to publish very soon (Email: [email protected]).