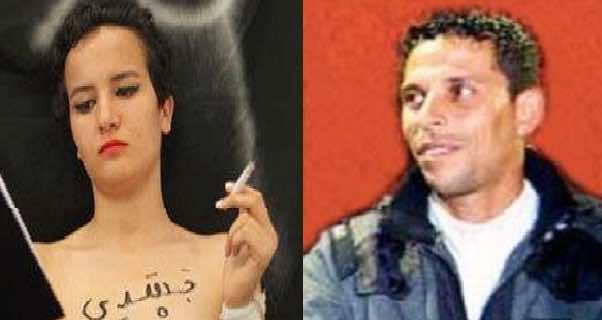 The Arab world has been shaken by the latest videos of Amina, and afterwards her three comrades who exhibited bare chests in the Tunisian streets. The outrage has been quasi unanimous and the fatwas have been flowing from every mosque, every religious television program. Editorialists and bloggers have written extensively.. Live TV debaters and pundits have had plenty to chew on this subject, and yes, there has been plenty of outrage to go around.

The fact of the matter is that there is something to be outraged about. These women, to shed light on their so called “cause,” have broken the law of the land and caused many people to, well, cover their eyes and those of their children. This pushes me to wonder why this act has been vilified to this extent? Why was it so vile and vicious that hundreds of millions are in complete outrage , and to what degree ought they to be outraged ?

Not too long ago in 2011, there was this man who committed the ultimate sin, who took a life, which to God is the most precious thing. He did this simply because he couldn’t take the life of misery and the oppression he was feeling. He couldn’t bear it and he took the way out in the most abject manner, self immolation. Certainly this type of act should be unanimously condemned by all religious and civil society leaders, and the outrage should have been at its highest. But that was not the case, he was heralded as a Hero of many nations, his name was chanted in all the major squares, and streets and pavilions have been named after him.

So on one hand we have a woman who shed her clothes to address the tragic situation that many women in the Arab world are living, the inequality of the laws and the oppression a vast part of the women feel in this ultimate patriarchal and misogynist society.

On the other hand we have a man who set himself on fire in public because he was so upset with the despotism and oppression and the fact that society was not providing him with the tools to make a descent living.

How on earth is Amina vilified and Mohamed glorified?!

According to what book or what law or what constitution is this fair?

Are we saying to our kids and our society that it is not okay to be topless, but it is alright to set yourself on fire?

It is understandable that people might not agree with the way Femen is protesting and try to be heard, just like they shouldn’t agree with self immolation as a tool to express one’s feelings. But the amount of outrage should really be appropriate to the offense .Looking at the daily news in our region, there is plenty to be more offended about than a couple of young women running around bare-chested.