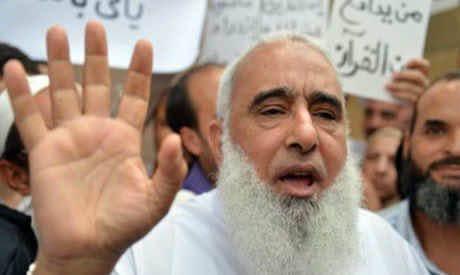 A court in the Egyptian capital on Sunday handed an Islamist preacher accused of insulting Christianity an 11-year
suspended jail sentence.

Ahmed Mohammed Abdullah had been charged with ripping up and burning a copy of the Bible during a protest outside the US embassy in Cairo against the anti-Islam film, “Innocence of Muslims”, that was produced in the US.

His son was also tried at the same time and received an eight-year suspended sentence. The pair can appeal.

The preacher, known as Abu Islam, has become renowned in Egypt for his fiery diatribes against Christians and the country’s secular opposition.