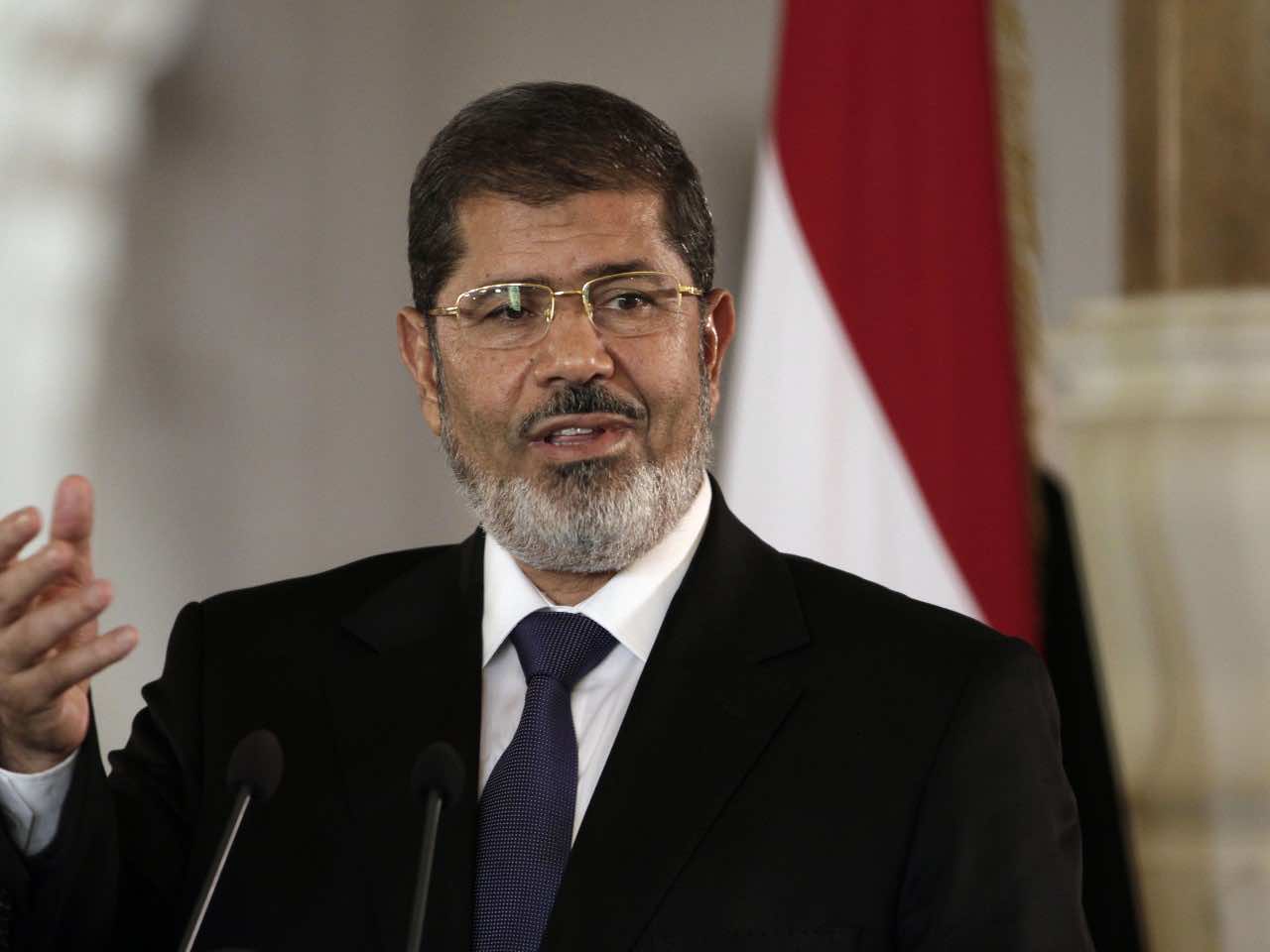 Morsi, an Islamist from the Muslim Brotherhood, told supporters in a Cairo stadium for a “Support for Syria” rally on Saturday that he was going to “definitively” cut diplomatic relations with Syria.

The Syrian government on Sunday slammed the decision.

Morsi had joined the “conspiracy and incitement led by the United States and Israel against Syria by announcing the cutting of ties,” an unnamed official told Syria’s state news agency SANA.

He accused Morsi of announcing the cut in ties to deflect attention from domestic crises.

On Saturday, Morsi said Egypt will recall its charge d’affaires from Damascus and shut the Syrian embassy in Cairo.

Calling on the international community to impose a “no-fly zone” over Syria, Morsi also said he had made “contact with Arab and Muslim states to organize an emergency support meeting” for the Syrian people.

He condemned the intervention in the conflict of Lebanon’s powerful Shiite movement Hezbollah, which helped government troops to victory over rebels in the Syrian town of Qusayr.

Cairo already scaled back its diplomatic representation to Syria in February 2012, when it recalled its ambassador before Morsi came to power.

After he won a presidential election in June of last year, Morsi took a hard line with the Syrian regime, notably during a conference in Tehran, the main ally of Damascus in the region.

The move won him favor from Western countries, particularly the United States, and Arab countries hostile to the regime of Syrian President Bashar al-Assad.

By definitively cutting relations, Morsi is seeking to make a new gesture to countries which oppose the Assad regime, according to analysts.

“Morsi’s government has adopted the American position on the Syrian conflict and is trying to please Washington by assisting it” in the region, said Iman Rageb of Al-Ahram Center for Strategic and Political Studies.

“He is hoping the Americans will close their eyes to the way the government could react” to opposition protests called for June 30 on the first anniversary of his election, she said.

Morsi’s decision has brought Egypt closer into the camp of countries opposed to Assad, notably energy-rich Qatar which has given Cairo crucial financial support to help it weather a severe economic crisis.

But in cutting ties with Damascus, analysts said Morsi also intended to boost his hand at home, where he is facing growing opposition.

A petition launched several weeks ago calling for his resignation has already collected 15 million signatures, according to local media.

“Morsi’s decisions are linked to the domestic situation, in order to turn attention away” from the economic crisis and internal political tensions, said Mohammed al-Orabi, a former foreign minister.

Amin Shalabi of Egypt’s Council for Foreign Relations also said Morsi was trying to improve his popularity at home.

“The president is trying to draw attention to external issues to ensure popular support,” he said. However, “the internal crisis is so serious that no external issue can overshadow it”.

Morsi referred to the domestic situation in Egypt in his speech on Saturday.

The president warned that he would act “with determination” against anyone who “wanted to push the country into a spiral of violence and chaos”.

The break in ties with Syria will win support from Egypt’s Salafists, Sunni Muslims who follow a strict interpretation of Islam and are vehemently opposed to the regime in Damascus.

Syria’s regime is dominated by members of Assad’s Alawite minority, an offshoot of Shiite Islam. Egypt is mostly Sunni Muslim, as are the vast majority of Syrian rebels.

A popular uprising that broke out in Syria in March 2011 turned into a bloody civil war, in which at least 93,000 people have died, according to UN figures, and it is growing increasingly sectarian in nature.

On Thursday, influential Sunni clerics from several Arab states, including Egypt, called for jihad, or holy war, against the “sectarian” regime in Syria.