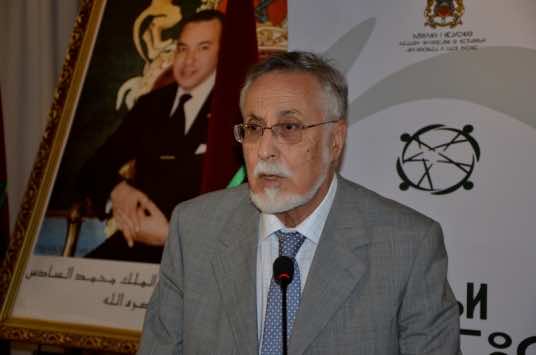 The Moroccan commission on Dialogue on Civil Society and New Constitutional Roles organized on June 15 at Mohammed V university in Rabat the first series of scientific conferences on CSO’s legal enabling environment.

Speaking at the opening of the conference, the head of the commission Moulay Ismail Alaoui, former Minister of Education and agriculture respectively, said that “providing an enabling environment for CSOs requires a long-term and continued commitment from both government and CSOs themselves to implement the constitution and reform practices in areas as diverse as financial support, legal frameworks and political conditions.”

The new Moroccan constitution, adopted in July 2011 after a referendum, allowed for greater participation of civil society in drafting legislation, presenting petitions and taking part in decision making as well as evaluation public policies.

The head of the Commission added that civil society is called upon to submit proposals and memorandums aiming at expanding civil liberties, ensuring engagement in public affairs management, and creating an accountable opposition force without falling into chaos.

“Morocco has made a strategic choice to constitutionalize the culture of consultation through what we call participative democracy,” he concluded.

The first panel, which was marked by the participation of renowned professors such as Dr Mohammed Alami Machichi provided an insight on the CSO’s legal environment in Morocco from 1958 to 2011. Dr. Machichi explained the major reforms of CSO’s legal code, while highlighting the major periods and events that influenced these reforms. He also discussed the legal definition of civil society, as well as the freedom of creating associations.

Abdelaziz Karraky, professor at the Mohammed V University also said that “the recent law introduced the possibility of using a bailiff or submitting the association creation declaration by registered mail to make sure there are no violations in terms of law implementation. The law also requires that the administration should respond within 60 days.”

“However, most associations are still facing issues with the administration,” he added.

On his turn, Mohammed Rabii, professor at Mohammed I university in Oujda provided an overview of law disputes related to associations. He stressed that “the administration has no right to dissolve an association without a court decision, a statement that was confirmed in the 2011 constitution.”

The first panel concluded that despite recent reforms to expand freedom of association, the authorities are still putting several barriers to civil society work. The real problem, according to participants, lies within the administration’s culture.

The law stipulates that an association should announce its creation in a general assembly and then submit an official declaration of the creation to the authorities. Right after submission, the association should normally get an immediate temporary receipt. Yet, the administration usually delays giving out any receipt to associations for weeks, if not for months, in order to do a security background check on its members before granting them what they call “an authorization”.

The second panel on constitutional freedoms focused more on the methodology of dialogue from the assessment till the evaluation phase. Dr. Manar Slimi, professor at Mohammed V university who confirmed that there is 55 constitutional article on civil society, provided an overview of how to formulate a legislative proposal on CSOs laws. Among the major issues he recommended to examine was “the association legal receipt, freedom of assembly and protest etc.”

Dr. Mohammed El Ghali, professor at Cadi Ayyad University in Marrakech stressed that participative democracy is key to ensure effective participation of citizens in public life. He provided a framework and practical tools related to CSO’s dialogue. He also stressed on the need to identify the road map of the dialogue by clearly identifying who is doing what, the objectives, the target audience, the topic, the location and timing of the dialogue, the tools, as well as the mechanisms and methodologies.

Dr. Ahmed Soudani, professor at Rabat Mohammed V University said that the constitution brought unprecedented rights compared to others countries. He highlighted that proposing legislations before 2011 “was solely the right of the parliament.” Yet, with the new constitution, “citizens have also the right to propose bills and oversight the government’s performance.” He provided concrete examples of petitions that were presented by Spanish civil society leading to change in legislation.

Most participating CSO’s highlighted their constant issues with local authorities. Most of these issues are related to administrative paper work and authorizations that hinder associations’ activities. At the end of the conference, several participants stressed on the need of organizing outreach and dialogue meetings with authorities to identify real issues and come up with solutions.

It is worth to mention that throughout this national dialogue on civil society, the commission will organize hearing sessions, regional and national forums, scientific conferences, and will receive proposals and memorandums. The commission created a website http://hiwarmadani2013.ma/  to communicate with civil society and receive proposals. The dialogue, which will last about a year, is expected to result in a national legal code for community and civil society work, a national charter for participative democracy and draft bills on the right to access to information, civil liberties and related topics.