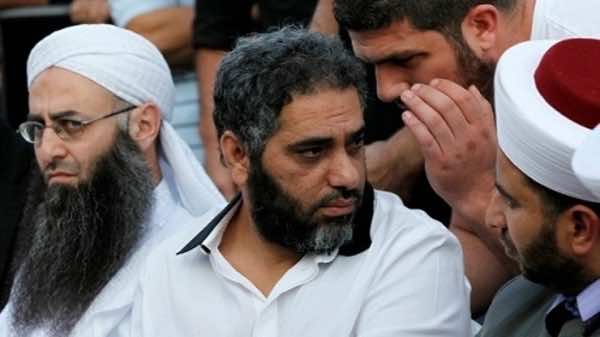 A famed Lebanese singer, who has turned into a self-proclaimed Sunni Islamist, will put his home up for sale to back the Free Syrian Army (FSA) battling the Syrian regime, he said during an interview with a Lebanese TV channel this week.

“I would rather sleep on the ground just for the Syrian revolution’s sake,” Fadhel al-Shaker told the al-Jadeed TV channel, adding “whoever attacks us (Sunnis), we will do the same.”

The conflict in Syria has become increasingly sectarian with fighters from the Lebanese Shiite group Hezbollah, an ally of the Syrian regime, joining the fight against the rebels.

Shaker rejected the TV presenter’s reference to him as an “artist,” saying he prefers to be called by his name or as “Hajj,” a title given to a Muslim who completed pilgrimage in Mecca.

The former artist, who was the voice of popular romance songs that captivated thousands from all across the Arab world, said fighting against Syrian President Bashar al-Assad’s forces was a “legitimate” act.

He urged support for the “oppressed” Syrian people and said the FSA should be given financial aid, as well as weaponry.

The ex-singer acknowledged the fact that he knows how to use arms; however, didn’t give further details on whether he will join the anti-Assad opposition fighters in Syria.

While describing his voice as a “gift from God,” he said he will only continue singing religious Islamic songs.

Late last year, Shaker announced the end of his career as a singer and said singing was forbidden in Islam.