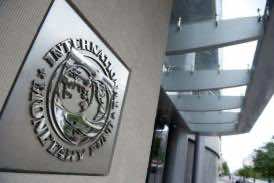 Tunisia, which recently garnered an IMF loan, faces risks linked to its political transition and the global economy but will not be a “new Greece,” the International Monetary Fund said Monday.

In early June, the IMF approved a two-year standby loan for about $1.75 billion to support the government’s economic reforms after the overthrow of dictator Zine El Abidine Ben Ali in January 2011.

The money is to be disbursed in installments depending on the government’s successful implementation of the loan-supported reform program that includes strengthening a fragile banking sector and encouraging business investment.

Despite the Tunisian authorities’ commitment to cooperate and an expected pickup in economic growth this year — to 4.0 percent from 3.6 percent in 2012 — the program carries “substantial risks,” the IMF said in a report.

“The growth outlook could fall short of projections, particularly if the external economic environment deteriorates further, impacting tourism and remittance inflows,” it said.

“Also, setbacks in the political transition — such as delays in organizing the elections — could reduce political commitment to economic reforms, and increase investors’ wait-and-see attitude.”

The authorities have not yet set the date of the general elections.  Hammered by the revolution that began the Arab Spring, the tourism industry, which accounts for 7.0 percent of gross domestic product in the North African country, remains in a “precarious” financial position, the IMF said.

Unemployment, a key source of the sentiment behind the revolution, remains high. The jobless rate stood at 16.7 percent at end-2012, while for youth it was 33 percent.

Still, Tunisia is “not the new Greece,” said Amine Mati, the IMF mission chief to the country, when asked in a conference call if there were parallels between the two countries.

“Tunisia is in a much more manageable situation” and its 2013 public debt, projected at 45.3 percent of GDP, will remain “sustainable” compared with Greece’s 170 percent-plus forecast, he said, even amid budget cuts linked to a planned recapitalization, he said.

The IMF helped bail out Greece in partnership with the European Commission, the executive arm of the European Union, and the European Central Bank in 2010 and then, when that program failed, again in 2012.