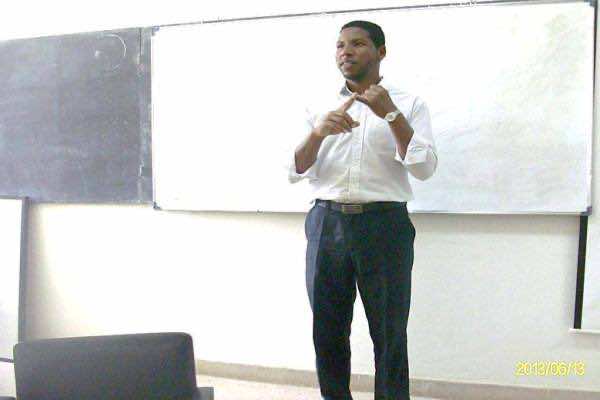 In essence, observation can be conceived as one of the effective tools whereby we can maintain different spheres. That is, when we stand to observe and scrutinize something, it means that we are interested in it, and then we assess it to present new views or refine what is already available. Hence, the pursuit for new effective paradigms and curricula, or rescuing reforms wallowing in constant fiasco, always necessitates proceeding from constructive observations to detect what is missing and what is valid as well. Likewise, observing our classrooms and re-visiting what is being carried out may render our education system of some remarkable promotion.

The ‘merit’ of observation is such a prominent pillar on which we build good classrooms inside our schools. But this cannot come into existence until we really know and understand the parameters surrounding this merit. Let’s put it differently, not every observer can be ‘fair’ and draw rewarding feedbacks and recommendations albeit claims of a high degree in wisdom or intelligence. This wisdom does not emanate from randomness, but from training and a systematic approach. For example, when we were committed to unstructured observance of classrooms and the process of learning in the first practicum in our training, we used to gulp every pill as a candy! We still did not develop the ability to taste as we didn’t maintain the ability to evaluate. We may even begin to accept or like everything done by our mentor in the classroom. However, it is quite normal to act that way since we did not have ample background that would trigger us to respond differently.

It is true that a great deal of research has been conducted on classroom patterns of interaction, but they did not cover Moroccan context. So, this study, that is modeled after previous studies, comes to somewhat fill this chasm in the Moroccan context. Most importantly, we took this opportunity to resurrect the good habit of peer coaching and team work to build ideal classrooms and develop professionally. That’s really what Terri S. Dudley, M.S. Ed. hinted at when she wrote a reflective essay on Classroom Observations and put it, “Teacher observation nurtures a culture in which we can work in partnership and learn from one another. By working together, we have a greater knowledge base and this fact strengthens our pedagogical beliefs. Teacher observation builds community and a sense of caring in our schools. Teacher observation increases common shared beliefs and gives teachers an understanding of what effective instructional practice looks like.[1]

In this present study, our targeted sampling group was six Moroccan middle school English teachers in Oujda, Morocco. There was only one male teacher and five female teachers. The selection of this sampling was based on their availability. It is worth mentioning that in each teacher’s class we attended and observed two sessions (one hour for each session) or two consecutive hours according to each school’s system. Our sample teachers’ years of experience in teaching range from 8 to 21 years.

We compiled and documented our data through an observation grid. The latter comprised of various areas of concern: teacher’s questions, students’ response, and teacher’s feedback and intervention to fully understand the correlation between these areas in the teaching and learning process.

The different data that we analyzed revealed overlapping blatant findings and facts about Moroccan EFL middle school teachers. The teachers we observed have many tendencies and practices in common.

The first bold fact that proved to be true within those classes was the dominance of T-SS (Teacher-Students) pattern of interaction. It seemed to be a rule within the observed EFL classes, as it cropped up in almost all phases of the lesson. Here, we realized that what gave a rise to this pattern were three main elements: the teachers confined themselves to the PPP (Presentation-Practice-Production) paradigm, over use of low questions, and relegated SS-SS (Students-Students) pattern of interaction to the sidelines. To start with, the PPP paradigm gives wide room for teachers to lecture more and more, from the presentation to the practice, and even sometimes to the production phase. At the presentation level, the teachers tended to present new materials with much redundancy, and yet sometimes, there was no guarantee that students absorbed the newly presented language aspects. In the practice stage, the teacher’s guide is still at students’ disposal. S/he would intervene whenever necessary or when students fail to manipulate the new materials. Similarly, we noticed that some teachers tended to lecture in the production stage in case the former stages were not done well, especially the first stage.

As a matter of fact, low-order and medium questions can be asked for warm up, and most of the teachers we observed did this. But in post stages of teaching skills and follow up, high-order questions can be raised, but the teachers did not care for this. What proved this was that the teachers tended to restrict to the evaluation of students’ performance and mastery of the new presented material rather than following up. That is, asking low-order questions at the end level of the evaluation. In the same vein, Barnes (1992) proved that the overuse of IRE (Initiation, Response, and Evaluation) pattern does not cater for challenging ways of communication between the teacher and his/her students[2]. Moreover, Gutierrez (1994) concluded that classrooms in which most of the activities were based only on IRE pattern of interaction, the teacher tended to do most of the talking, whereas, students tended to respond in short answers to teacher’s questions. Thus, it was not surprising that the students answered most of the time either in telegrams or segmented words.[3]

High-order questions are the premise for follow up in which students can communicate meaningfully and generate language. In the observed classes, high-order questions were completely neglected; only one out of six teachers asked one single high-order question. Since there were no high-order and probing questions, meaningful communication, which necessitates information gap, was missing. All in all, the teachers’ tendencies in this regard depict them as all knowing. Still, the teachers seemed not to be interested in students’ experiences. As Brown (2001: 171) asserted, referential questions or “thinking questions” rouse learners to voice their long insightful answers through their thinking and convictions[4].

In the same line, the teachers did not vary the patterns of interaction during their lessons. SS-SS (students-students) and S-T (student-teacher) patterns of interaction rarely appeared. In other words, sessions were teeming with just T-SS pattern of interaction which happens at the expense of the aforementioned patterns of interaction. Though S-S (student-student) pattern of interaction was resorted to in a form of close and open pairs, it was ignored at the review level. The teachers seemed unaware of the advantages of these patterns. Therefore, teachers are likely to be reluctant to assign group work (SS-SS) tasks through which students can freely interact and benefit from their peers. Group work creates healthy competition between learners. As proved by previous studies, learners working in small groups generate better varied higher-quality discourse than learners working individually (Long & Porter, 1985 Long, Adams, McLean, and Castanos, 1976).[5] For example, in a writing session, one of the teachers assigned a writing task and had students work individually. Depending on the advantages and the recommendations we mentioned earlier about group work, the teacher might have received masterpieces of writing from a great average of students if she had had students work in groups. Not this only, but she might have also saved time by monitoring groups instead of individuals.

Given the fact that males and females are mingled with each other in Moroccan middle school classes, we found out that the teachers, being males or females, did not show any bias against any sex. Further, the teacher pointed to some female or male learners to pave way for other students to take part. We noticed also that females were keen to contribute more in classroom interaction more than their male counterparts.

Despite its limitations, this study came as an attempt to explore the extent to which patterns of interaction are varied in Moroccan EFL middle school classes. By and large, it came to give an overview about the mutual influence between patterns of interaction, teacher’s questions, students’ responses, and teacher’s feedback and intervention. As a summary, it proved some persistent habits in teachers’ performances, as was the case with focusing on T-SS pattern of interaction and relegating SS-SS and S-T ones. Moreover, it stressed the decisive role questions play in the lessons procedures. Put clearly, the students’ short responses reflected the teachers’ reluctance to pose high-order questions on a regular basis. Hence, for communicative EFL classes, both teachers and students are in dire need to be trained to get used to those fruitful aspects: SS-SS pattern of interaction, different working modes, and high-order questions. Especially, the latter should move to the mainstream instead of being put in the margin.

To envisage effective Moroccan communicative EFL classes, it is necessary to conduct studies with an aim to develop the right tendency while dealing with patterns of interaction and questions, and to deemphasize practices that are detrimental to classroom interaction at large.

For more details about the whole study, I will be at your disposal at: [email protected]