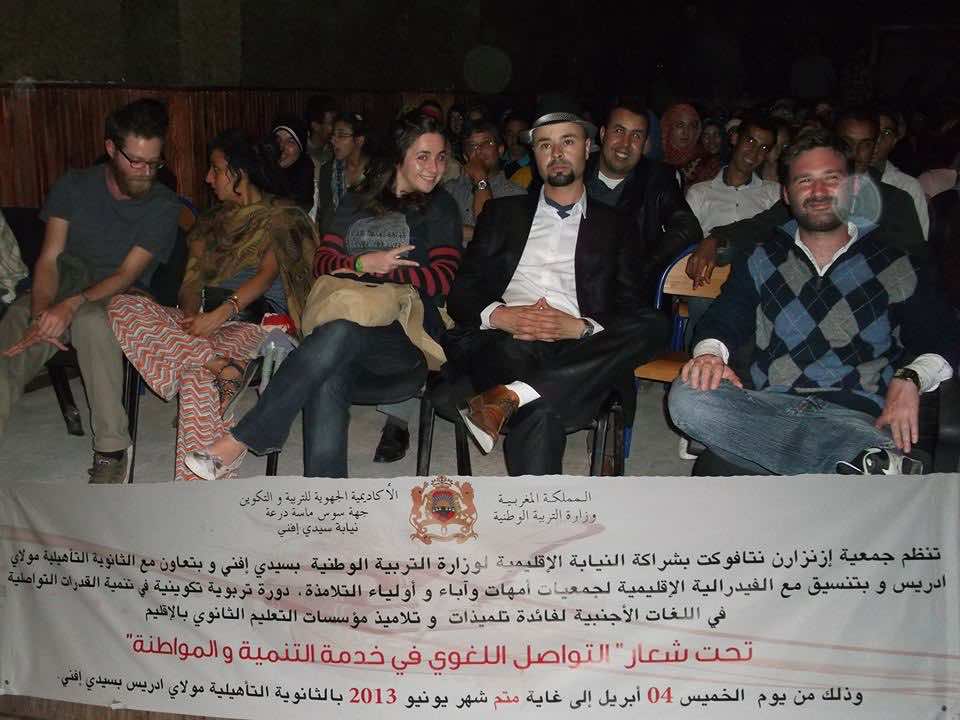 One of the contradictions of Morocco is that whenever our officials suggest organizing a music festival where people sing and dance, sponsors hasten to leave their personal touch, provinces fund the event and the government lends its ears to the needs of the singers and the organizers behind the music festival.

However, when some Moroccan volunteers, including teachers, think of organizing an event that would benefit students and help them improve their communication skills in preparation for the job market, delegations and provinces usually turn a deaf ear and sponsors play truant.

Moroccan youth have attended enough music festivals, and it is high time they attended cultural events. No doubt, the scarcity of the latter is due to poor funding. And if a cultural event proves a success, it is usually because there are some altruistic Moroccans behind it.

In fact, there are a number of reasons behind the government’s withdrawal from funding and supporting events where students develop their communication skills. One of them is its irresponsible policy to leave the future of students unattended and to offer only blind alleys on their way to excellence. Proof is the scanty amount of golden opportunities that students can seize. Meanwhile, the number of music festivals organized annually is staggeringly high, particularly because funding is always at the organizers’ disposal.

Another reason is the policy adopted by some high-ranking officials that students must dance and sing instead of learning and boosting their general culture. They must enjoy themselves at night rather than read by day; they must fall under the spell of music rather than fall under the book’s spell; they must be entranced by the musicality and the charming elegance of singers rather than be enthralled by Western geniuses that have taken strides in human development.

No one is against singing. The point here is that our Moroccan youth and students need to strike a balance between their academic  and personal life. Funding musical events while ignoring cultural ones is undoubtedly unfair.

Morocco World News recently talked to Rachid Abaazi, president of Aznzar-n-Tafoukt Association for Culture and Art, about the highly-acclaimed cultural events his association organized from April 4 to June 4, 2013 in Sidi Ifni. Abaazi, a teacher of English and social activist, received a standing ovation from his colleagues for his remarkable contributions to helping students of Sidi Ifni boost their communications skills at three living languages: English, French and Spanish.

Given the fact that Moroccan students of today fail to master these languages and to be communicative enough during their school days, Abazzi worked hard to fill the void and invite two Spanish volunteers (Antonio Gerrero and Ivonne Torres), one English volunteer (Kaya Ver Der Menlen) from the Netherlands, and one Belgian volunteer (Olivier Chaltin). These volunteers taught the three languages to students for free for nearly two months.

Yet, according to Abazzi, the local authorities, including the Delegation of the Ministry of Education, neglected the event. The attempts Abazzi made to contact the sponsors and the state fund-raisers came to no fruition.

In an interview with MWN, Abazzi said, “I have brought four volunteers to teach students communication in three languages for free, but the volunteers needed lodging, food, Internet, trips, and return ticket payment. I cannot pay for all that. Isn’t it more than enough that I did my job? The ball is in delegation’s court.”

Failing to get any support to complete this noble mission, Abazzi did not give up hope. His association asked students to get membership cards for 100 Dhs so that he could solve the problem. “Now that students pay 100 dhs for their classes, the volunteers felt more at ease. Still, this is not enough. Why wouldn’t the delegation and province fund this communication project just as it does with musical events and trivial celebration gatherings? Our students are in dire need to improve their skills at communications, “Abazzi told MWN.

In the presence of our deplorable education system, many associations like Abazzi’s take the initiative to help poor students and offer them free-of-charge classes, especially in poor areas. However, just as the government supports and advertises events of music and dancing, it must also think about education, the most powerful tool of change in the world, and have mercy on the students who are in danger of facing unemployment because of their handicapped communication skills.

“I contacted the delegate of the Ministry of Education in Sidi Ifni, but in vain. My association contacted the province, too. We contacted the municipality of Sidi Ifni. But we were offered only empty promises.  If it were not for our willingness, perseverance and patience, we would not have succeeded in this project. Fortunately, the success of the project has received a standing ovation from many families in Sidi Ifni, “Abazzi told MWN.

This communication project, which has benefited 120 students in Sidi Ifni center, has drawn the city dweller’s attention to the fact that more projects must be undertaken if they care about the future of students, tomorrow’s men and women of change.

The mastering of foreign languages, the high-ranking officials and decision-makers at the Ministry of Education must be bear in mind, is an indispensable gateway to a bright future for today’s students.

“Thanks to the project which was organized at Moulay Driss High School, most poor students have learned to express themselves in English, French and Spanish freely and easily. Here, I am calling on responsible officials and the country’s decision makers to intervene and contribute to the voluntary work we are doing here,” Abazzi added.

“Certificates of encouragement and standing by us during our humane projects are all that we need. We are not seeking gains behind our mission. We are simply seeking financial support to help others for free,” Abazzi stressed.