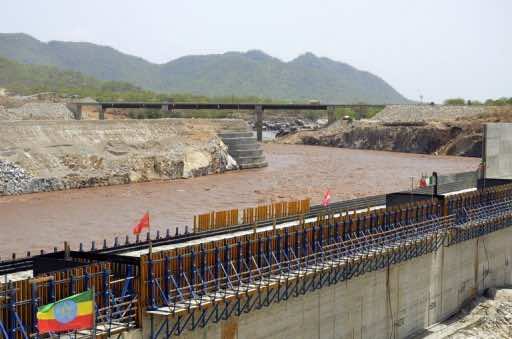 Ethiopia and Egypt have agreed to hold further talks on the impact of an Ethiopian dam to quell tensions between the two countries, the foreign ministers of both nations said on Tuesday.

“We agreed that we will start immediately on consultations at both the technical level and the political level,” Egyptian Foreign Minister Mohamed Kamel Amr told reporters, after meetings in Addis Ababa with his Ethiopian counterpart Tedros Adhanom.

The countries have been embroiled in a heated row after Ethiopia began diverting the Blue Nile River last month for the construction of the 6000 MW Grand Renaissance Dam.

Concerned over how the dam could impact downstream water levels, Egyptian President Mohamed Morsi warned that “all options are open” over its construction.

But Amr and Tedros said that relations between the countries remain “brotherly” and that they will continue talks on the impact of the dam.

Amr said that previous statements had been made “in the heat of the moment.”

“Both ministers stressed the need to continue the dialogue and communication with each other,” they said in a joint statement.

“We have two options, either to swim or sink together. I think Ethiopia chooses, and so does Egypt, to swim together,” Tedros said.

An international panel has issued a report outlining the dam’s impact on water levels.

The report has not been made public, but Ethiopia has said the report confirms that the impact on water levels are minimal.

Egypt relies on the Nile River for 86 percent of its water, and has said the construction of the dam is a security concern.

Ethiopia is building the $4.2 billion (3.2 billion euro) Grand Renaissance Dam in order to generate electricity for export to neighbouring countries, including Kenya and Djibouti.

Set to be complete in 2017, it is slated to become Africa’s biggest hydroelectric dam and is being funded entirely from internal resources.