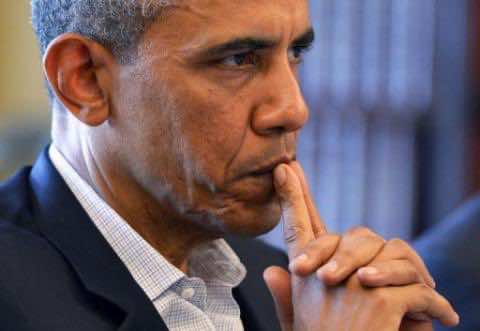 G8 leaders on Tuesday threw their weight behind calls for a peace conference on Syria to be held in Geneva “as soon as possible”, after a summit dominated by the country’s civil war.

At the end of two days of talks in Northern Ireland, the leaders also called for agreement on a transitional government in Syria “with full executive powers, formed by mutual consent”.

British Prime Minister David Cameron, the summit host, said it was “unthinkable” that President Bashar al-Assad could play a role in a transitional administration, but the G8 communique pointedly made no reference to him, in an apparent concession to Syria’s ally Russia.

After talks which at times pitted Russian President Vladimir Putin against his fellow G8 leaders, the final communique said the Syrian military and security services “must be preserved and restored” in a future set-up.

The leaders did not suggest a date for the proposed Syria talks, which were supposed to take place this month but have already been delayed.

Gathered on the picturesque banks of Lough Erne, the world’s leading industrialised nations also struck a deal to crack down on tax evasion and share more cross-border financial information.

They vowed concrete steps to target not only illegal tax evasion but also tax avoidance by multinational companies that costs taxpayers billions in lost revenues.

And they agreed to stamp out the payment of ransoms for hostages kidnapped by “terrorists”, and called on companies to follow their lead in refusing to pay for the release of their employees.

But the summit was dominated by the conflict in Syria, which has cost more than 90,000 lives since it broke out in March 2011.

The G8 nations pledged almost $1.5 billion (1.1 billion euros) in humanitarian aid for refugees inside and outside Syria, including $300 million from the United States and 200 million euros from Germany.

After Washington said it would arm the Syrian rebels and the EU mulled the issue, the G8 said it was deeply concerned at the growing extremism and “terrorism” in Syria.

The world leaders called on the regime and the opposition to “commit to destroying and expelling from Syria all organisations and individuals affiliated to Al-Qaeda, and any other non-state actors linked to terrorism”.

Putin’s sharp differences with US President Barack Obama over Syria were laid bare in icy face-to-face talks on Monday.

In his end-of-summit press conference, Putin said defiantly that Russia could not rule out sending fresh shipments of weapons to the Syrian regime.

The Russian president also accused the United States of “destabilising” the situation in Syria with its allegations that the regime has used nerve gas on a limited scale.

“Any decision about arms supplies to the opposition based on unconfirmed reports about the use of chemical weapons only additionally destabilises the situation,” he said.

Aside from Syria, Cameron heralded a commitment to fight the “scourge” of tax evasion and to promote corporate transparency.

“Countries should change rules that let companies shift their profits across borders to avoid taxes, and multinationals should report to tax authorities what tax they pay where,” the G8 said.

The final declaration also called for greater transparency on corporate ownership, saying: “Companies should know who really owns them, and tax collectors and law enforcers should be able to obtain this information easily.”

But activists said the deal came up short.

The summit also saw the launch of formal negotiations on a vast trade pact between the United States and the European Union.

It was guarded by 8,000 police officers in the biggest security operation ever mounted in Northern Ireland’s troubled history, but protesters were thin on the ground.