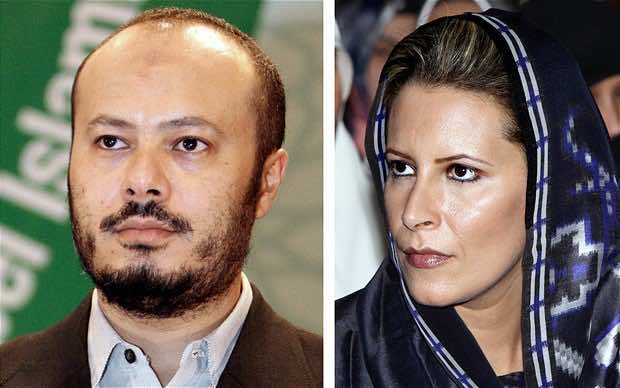 A daughter and son of late Libyan dictator Moamer Kadhafi have moved from Algeria to Oman in breach of UN sanctions, a UN ambassador said Tuesday.

The United Nations and international police organization Interpol may soon issue a global alert over members of the Kadhafi family and other Kadhafi associates who are on the run and face UN sanctions.

Aisha Kadhafi and Mohammed Kadhafi face a travel ban and assets freeze imposed in the months before their father was overthrown and killed in October 2011.

Eugene-Richard Gasana, Rwanda’s UN ambassador and chairman of the Security Council committee that monitors sanctions on Libya, said the committee had been told of the pair’s move from Algeria, where they fled in 2011, to Oman.

Under UN sanctions rules, the committee should have approved any travel, but Gasana said this was not done and that UN sanctions experts are investigating.

Gasana said the sanctions committee and Interpol are finalizing an accord on issuing joint special notices on Libya sanctions targets. He said the accord would come into force “in the coming weeks.”